What Happens If You Skip Runs on Your Training Plan?

Experts reveal how many long runs you can skip without ruining your race. 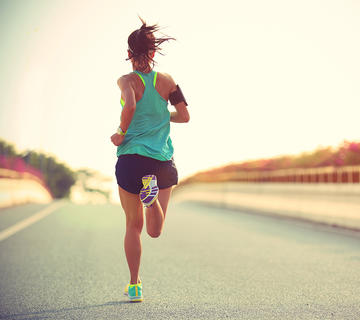 Whether you're running your first 5K or going whole hog with a marathon, your first step is usually to figure out a training plan. (We have plenty to help you out.) But it's almost inevitable that somewhere along the way, something will come up that will cause you to miss a scheduled long run or a day of speed work. Or maybe you have to mess with the order of your runs midweek. And if you're like us, that can leave you worrying about how it'll affect your performance come race day.

In reality, it's hard to say for sure how big an impact little "adjustments" will ultimately have, says Cherilyn McLester, Ph.D., an associate professor in the Department of Exercise Science and Sports Management at Kennesaw State University. "The distance makes a big difference, and your performance expectations make a big difference. How messing with your training cycle affects the performance of a recreational competitor is going to be different than for an athlete who's trying to win," she says.

If you did skip a run, she recommends asking yourself why. Did you have something else going on, or were you too sore or wiped out to lace up your sneakers? If your body is telling you to rest, listening to it is going to serve you better on race day than fighting it in an effort to follow a training plan, says McLester. "If you're not recovering well, are overly sore, aren't sleeping well, or aren't well hydrated, the risk of the run is going to outweigh the benefit," says McLester.

But no matter the reason, you can rest easy knowing just one slip isn't going to ruin your race. "Skipping one run isn't going to make a big impact on your overall performance, especially for a recreational competitor," says McLester. Still, she notes, "Detraining sets in pretty quickly, so you want to be smart about it and stay consistent." If you're really pushing yourself to hit an ambitious time goal, it's especially important to stick as closely to possible to your training schedule, she adds.

A good rule of thumb? Aim to run at least eight long runs in the nine to 12 weeks before your race, says Olympic runner John Henwood, a coach at the Mile High Run Club, who also works with running greats like Mary Cain. If you do skip one, you can make it up, but only within a few days, since you want to leave five days between each long run, he says. And it might take some rearranging, since you also want to schedule a rest day after each long run to give yourself a chance to recover, he adds. If you need to, replace your next speed work day with a long run. "Long runs are the most important for race preparation," Henwood says.

If you need to skip your run entirely, though, don't skip ahead to where you "should" be in your training cycle the following week, says McLester, cautioning: "If you push harder than you're ready to, you're at an increased risk for injury."

Besides always having an easy, cross-training, or rest day after a long run, you have some flexibility with the order of your runs, as long as you stick to a regular schedule. (So if your training cycle has you running three miles, then five miles, then three miles, maybe you run five miles, then three, then three.) But regularly check in with yourself. Training plans are there for a reason, to both give your legs the experience of running or cycling while fatigued, and also to give them enough rest to stave off injury. Listen to your body, and if you start struggling through the majority of the runs or feeling nagging aches and pains, reevaluate.

OK, so what if you've been skipping long runs, slacking on speed work, mixing up the order of your runs...and your race is next week? Most racers have been there, honestly, whether because of injury or just because of life. This is when it's especially important to tune in to your body and be honest with yourself. "The level of detraining will be different for everyone, so you really need to gauge it on how you feel and on your comfort and experience with the distance. Maybe you can do the race, but readjust your time goal. Or maybe it's better to skip it altogether," says McLester. (Related: Why I'll Never Run a Marathon Again.)

Painful, we know. But as Henwood says, "The race is supposed to be your reward for properly training. You should be having fun, and if you're not prepared it will be miserable. You'll have cramps, be achy—and you may not want to do it again." If you have to opt out, remember: There will always be other races.