Add This Genre of Music to Your Playlist ASAP 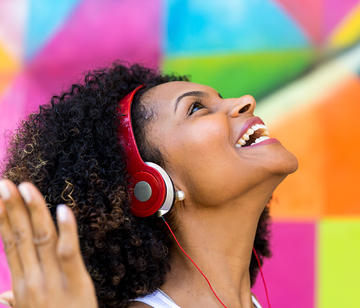 We take our roster of playlists super seriously. Whether you're looking for cardio jams or stress relievers, getting into the right groove can totally make or break your mood.

And according to a new German study, what you listen to may have body benefits beyond inspiring you to get through a killer spin class.

Based on existing research that music can alter your physiology (historically it's been used for everything from pumping up Olympic athletes to improve their performance in the Games to assisting with pain management), researchers from Ruhr University wanted to look at how different music genres would impact the cardiovascular system.

The researchers found that the classical beats from Mozart and Strauss significantly lowered the participants' blood pressure and heart rate, whereas the pop music had no effects on their cardiovascular state. All music lowered cortisol concentrations (which is good news for your waistline since the stress hormone is often responsible for weight gain).

According to the findings, Mozart's music had the greatest cardio benefits. Add his Symphony No. 40 in G minor to your playlist next time you're stressing out before a big race.