What ACTUALLY Makes You Tired During Exercise

Hint: You shouldn't blame your muscles 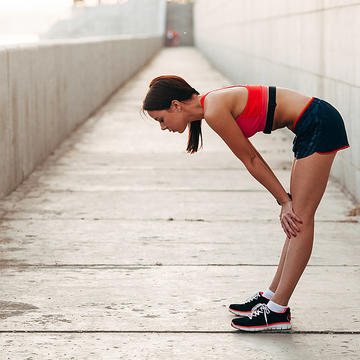 Whether you've pushed your limits in a HIIT class or during a marathon, you probably already know that having a strong mental game is just as important as being physically fit. Multiple studies have looked at how mental toughness can boost your performance inside and outside of sports. Pros talk about training their brains using visualization techniques and mindful meditation.

In her new book, Cure: A Journey Into the Science of Mind Over Body, Jo Marchant, Ph.D., looks at just how powerful your mind can be. In the excerpt below, Marchant explores your brain's surprising control over your muscles. Hint: Your muscles aren't tired because they're running low on fuel.

Tim Noakes, a sports physiologist at the University of Cape Town, South Africa, is not the type to bow to authority. In fact, he makes a habit of overturning dogmas—sometimes making enemies but also saving athletes' lives.

In the 1980s, for example, he carried out studies that revealed an epidemic of catastrophic neck injuries among rugby players in South Africa. His results were hotly denied at the time but ultimately led to a change in the rules. Then he investigated why so many marathon runners were collapsing. He concluded that it wasn't because of dehydration, as everyone thought, but the reverse: they were drinking too much. According to Noakes, the official advice to runners—that they should drink around 50 ounces an hour—was poisoning them.

U.S. experts, influenced by the sports drink industry, rejected his findings. The advice wasn't changed until 13% of participants in the 2002 Boston Marathon suffered water intoxication—and one runner died as a result. "My clash with the multibillion-dollar-a-year U.S. sports drink industry taught me that medical science can as easily be bent to serve commercial interest as it can be used to produce 'the greatest benefit to humankind,'" Noakes said.

Perhaps it's not surprising then that Noakes has also spent years attacking one of physiology's most basic assumptions. As an athlete himself, he was interested in fatigue. "If you are exercising, you are always getting tired and trying to understand why," he tells me. "I realized quickly that it wasn't what we were taught."

The dogma was that athletes get tired when their bodies hit physical limits—their muscles run out of oxygen or fuel, or become damaged by the accumulation of toxic by-products such as lactic acid. This in turn triggers pain and fatigue, forcing us to stop exercising until we recover.

This basic theory had never been questioned since it was proposed by Nobel Prize–winning physiologist Archibald Hill in 1923. Yet when Noakes tried to test it, his results didn't make sense. First, Hill's theory predicted that if athletes exercise to their limit, then shortly before they stop with exhaustion, oxygen use should level off, because the heart can't pump fast enough to get any more oxygen to the tissues that need it. But just as with the experiments at high altitude, that didn't happen. "We couldn't find that athletes were running out of oxygen when we tested them," he says. "We couldn't see it."

Meanwhile other studies have shown that although levels of fuel inside muscles (glycogen, fat, ATP) diminish with exercise, they never run out. Noakes also studied muscle use, by asking cyclists to ride exercise bikes with wires attached to their legs. Hill's theory says that athletes should recruit all available resources as they tire, engaging more and more muscle fibers until, with nothing more to give, they finally hit the breaking point. But Noakes found the reverse. As the cyclists neared exhaustion, muscle fibers were being switched off. At the point at which his volunteers said they felt too fatigued to continue, they were never activating more than about 50 percent of their available muscle fibers. Exhaustion forced them to stop exercising, yet they had a large reserve of muscle just waiting to be used.

All of this convinced Noakes that the old idea—of fatigue being caused by muscles pushed to the limit—couldn't be true. Instead, he and his colleague, Alan St. Clair Gibson, proposed that the feeling of fatigue is imposed centrally, by the brain. Obviously there is a physical limit to what the body can achieve. But rather than responding directly to tired muscles, Noakes and St. Clair Gibson proposed that the brain acts in advance of this limit, making us feel tired and forcing us to stop exercising well before any peripheral signs of damage occur. In other words, fatigue isn't a physical event but a sensation or emotion, invented by the brain to prevent catastrophic harm. They called the brain system that does this the "central governor."

From an evolutionary point of view, such a system makes perfect sense. Relying on signs of damage in the muscles to alert us to fatigue would put us perilously close to collapse every time we exert ourselves. Shutting down physical activity in advance ensures a safe margin of error, and means we can continue to function even after an exhausting challenge. "We say that's the way humans evolved, because you always need energy afterwards to do other things," says Noakes. We might suddenly need to run from a predator, for example. "And when we were hunting, we always had to take the food home."

Adapted from CURE: A JOURNEY INTO THE SCIENCE OF MIND OVER BODY Copyright © 2016 by Jo Marchant. Published by Crown Publishers, an imprint of Penguin Random House LLC, on January 19, 2016. 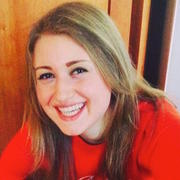 Madeline is a freelance writer and editor in New York covering fitness, tech, and culture. She graduated from Yale University where she was a member of the Journalism Initiative and currently resides in Manhattan. When not writing, she can be found bouldering or exploring the city's arts scene.  More →
More from Madeline