Exercises and Workouts for Women for a Strong, Toned Butt | Fitness Magazine
Skip to main content

Defying Gravity: How to Build a Stronger, Defined Butt

Here's how to ensure the largest muscle in your body isn't also the laziest. 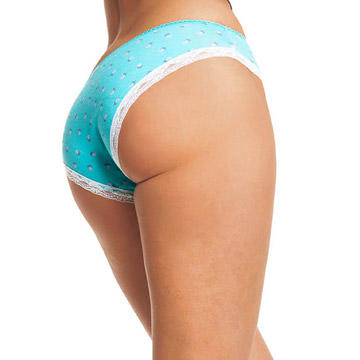 The Science Behind Your Booty

I'm alone with a handsome young doctor who has his hands down my shorts, but neither of us is too happy about it. Joseph Herrera, a doctor of osteopathic medicine, furrows his brow as he struggles to untangle a 48-inch lead attached to an electrode that he has taped to my butt. The electrode is slick with conductivity gel and he's holding it in place as he attaches the other end of the wire to the electromyography (EMG) machine, a hulking piece of equipment that measures electrical activity in your muscles. Dr. Herrera, the director of sports medicine at the Mount Sinai School of Medicine's rehabilitation department in New York City, has agreed to help me figure out what, if anything, is going on with my glutes when I'm not explicitly working them out. Which is almost never. And it shows. Or rather, doesn't show on my unremarkable, flat butt.

On Dr. Herrera's signal, I mimic myriad daily moves, including walking, jogging at catch-a-bus speed, crouching to pursue a toddler, and shifting my weight from hip to hip, as I do waiting in line at the ATM. With each movement, the line on the machine's screen gives a pathetic little jump; the readout looks like a lie detector test minus the lies. Dr. Herrera shrugs and says that this is normal no matter what shape butt you have. "Your glute muscles are typically not that engaged throughout the day," he explains. "The quads do a lot of the heavy lifting."

Then I step up onto a stair and the screen's readout shows a violent spike. Finally, my gluteus maximus is doing what it was born — or rather, evolved — to do: keeping me upright as I stride, especially during more balance-challenging hikes up stairs.

Among the things that differentiate us from our knuckle-dragging primate ancestors are not only our big brains but our big butts — or, as Stephanie P. Marango, MD, a physician and anatomy expert in New York City, puts it, our well-developed gluteus maximus. "That ability to be bipedal is a huge deal," Dr. Marango says. "And it's this muscle that is really doing a major component of that."

It's ironic, then, that the largest muscle in our body, which has given humans their signature upright strut, spends most of the day metaphorically sitting on its butt.

While we obsess about shaping the ideal butt, the multibillion-dollar jeans industry and even the government have been hoping to define exactly what the typical one looks like. For years the rule of thumb for chairs was that seats be at least 18 inches wide — to fit 95 percent of female fannies, because our hips outspan men's — or about three inches wider than this magazine when it's open. (Go ahead, sit on it to see how you stack up.) Data confirmed that our collective backside is indeed spreading.

When 3-D scanning technology was developed, the air force, along with a group of automotive engineers and apparel companies, was the first to use it, conducting the CAESAR (Civilian American and European Surface Anthropometry Resource) study, published in 2002. Thanks to CAESAR, "you can get a digital replica of a whole butt in 3-D," says Kathleen Robinette, PhD, an anthropologist at the U.S. Air Force research laboratory at Wright-Patterson Air Force Base in Ohio and director of CAESAR research. "You can prepare a before-and-after scan, and see how apparel affects shape." The armed forces used such data to reconfigure women's uniforms, adding "women's" cuts — that is, a wider hip and butt area — to cover many more of their female soldiers without resorting to costly alterations.

The apparel industry subsequently pulled together with the U.S. Department of Commerce to conduct the Size USA study, using different 3-D scanning with a much larger, 10,000-person sample that included a wider range of body mass indexes, ages, and ethnic backgrounds.

From these studies, we've learned a lot about the average American female butt — mainly that there's no such thing.

The Size USA study found that 86 percent of women 26 to 55 years old who are between five foot two and five foot seven and weigh less than 160 pounds have a seat circumference of 37 to 43 inches at the widest point. Those numbers, however, should be taken with a grain of salt, Robinette says. "As soon as you start trying to make an amalgam, an 'average' female body, you lose touch with reality," she explains. In other words, you can have a statistically average butt size, but your weight, height, or waist measurement is unlikely to be likewise average. A short woman with a so-called average butt size would have a proportionately large bottom, whereas a tall, heavy woman with an average butt size would have a proportionately small one.

In other words, shopping for your dream butt in celebrity magazines is a bad idea.

Meet the three main muscles that make up your rear view.

1. Gluteus minimus
The smallest of the glute muscles lies directly under the gluteus medius.

2. Gluteus medius
This pork chop-shaped muscle sits near the outside of your pelvis.

3. Gluteus maximus
True to its name, the maximus is the biggest muscle in your body.

A few weeks after my experiment with Dr. Herrera, I am at the gross anatomy lab of the Mount Sinai Medical Center. On a blindingly white table lie pieces of various cadavers' lower extremities, including glute muscles on a tray. Without fat on them — it's stripped off manually and with chemicals so that medical students may examine just the muscle or connective tissue — there are only brownish pink slabs of fibers. No matter whether our butts are perfectly rounded or flat and droopy, they all look more or less the same on the inside.

Your glutes are made up of three main muscles: the maximus, the biggest portion of your behind; the pork chop-shaped medius near the top of your hips; and the minimus, which is tucked beneath the two aforementioned muscles.

The gluteus maximus gets all the attention, but the medius does just as important a job. Along with the minimus, "it's responsible for stabilizing your pelvis when you walk or anytime you're off balance," Dr. Herrera says. Without it you would lurch from side to side like a drunken sailor as you lifted your feet.

Because everyone's gluteal muscles attach at the same points on their skeleton — the maximus runs diagonally from the top of the pelvis to the femur and iliotibial band on the outside of the upper thigh — if you have a tall pelvis, "you may have a longer, squarer shape to your posterior," says Kimberly Topp, PhD, chair of the department of physical therapy at the University of California, San Francisco. "With a wide pelvis, you may have a more horizontal orientation of the muscle." If your back is a bit more curved, your buns may appear more lifted. You can work on your glutes and change their size and shape (more on that later), but some people start off with the nicely rounded gluteal muscles that inspire pop songs, while many of us do not.

So just how much of our butt shape is predetermined by genetic roulette? Up to 70 percent of the body's overall shape, and therefore your rear's, is genetic, Dr. Marango says. "The rest is going to be influenced by nutrition, exercise, sleep, posture — anything outside your genetic code." You can thank our gender for the fact that women generally have more posterior padding than men, and thank Mom and Dad for where that padding tends to congregate.

But no matter what shape butt you start out with, it will morph later in life. At the same body mass index, says Matthew P. Reed, PhD, a research associate professor at the University of Michigan in Ann Arbor who studies body shape, a woman of 50 has a flatter butt profile than a woman half her age because shifting hormone levels postmenopause signal the body to store fat in the belly rather than the buns. "You'll see less fat at the side of the butt and more up at the iliac crest at the top of the pelvis," he says. "That's why pants don't fit the same way as you get older."

The good news? Even with a little less padding, you can give gravity a good run for its money by getting your butt muscles firm and keeping them that way.

How to Shape a Better Butt

"If you're willing to spend the time on it, you have a lot of possibility to change the shape of your buttocks," Topp says, when I ask her if there's any hope of nonsurgically plumping my flat one.

In general, the gluteus maximus is a combination of fast-twitch muscle fibers — that is, rapid-firing fibers, which are tapped for bursts of speed or power — and slow-twitch muscle fibers, which are the workhorses during aerobic activities. Some studies suggest that the glutei medius and minimus consist primarily of slow-twitch muscles. This means the glutes can benefit from both strength training with high load and low reps, like heavy-weight squats (to work the fast-twitch muscles), and with low load and high reps and endurance exercises, like running and stair climbing (to work slow-twitch muscles). In fact, EMG studies have been done to find which strength moves get each muscle firing, and our Sculpt Your Backside routine puts those principles to work; one flat-fannied tester added a quarter inch to her behind within four weeks.

The Sculpt Your Backside Butt Workout

Meet 6 women who tried the Sculpt Your Backside Workout

Of course, a big part of your butt's appearance is dictated by the layer of fat that covers those glutes. "Much of the female posterior is adipose tissue," Reed says. "The actual muscles are shaped like men's, if a little different in orientation because the pelvis is slightly wider."

If extra flab is obscuring yours, your surest bet to uncover its true shape is to follow a healthy 1,500-calorie-a-day diet and add regular cardio on most days to lose fat all over, including around your lower half.

This mix of diet, cardio, and toning will give you the best butt you can have. And that should be the goal — not J.Lo's or the one belonging to that woman putting her head behind her ankles in yoga class. "People say 'I want her butt,' but you can't have it, and you shouldn't want it," Dr. Marango says. "Instead, within your own structure, maximize what you have." And that's something any of us who is willing to get off her butt and move it can do.