This App Pays You to Work Out (Yes, This Is Real Life) | Fitness Magazine
Skip to main content

This App Pays You to Work Out (Yes, This Is Real Life)

Get paid to lose weight? Sure, that'll do just fine. 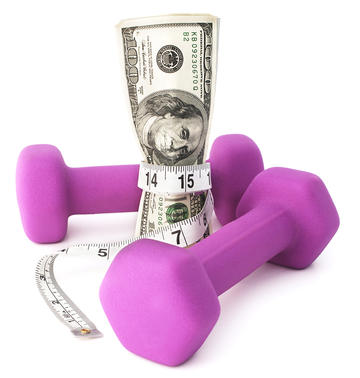 If you've ever lacked the motivation to work out, we may have found exactly what you need—if you're in the UK, at least. Meet the new fitness app Sweatcoin, which literally pays you to exercise. Specifically, Sweatcoin tracks how many steps you take, which can then be traded in for money or rewards, according to a report in Reuters. The new app rewards users one coin of virtual currency (that's bitcoin, guys, and it's going to be a currency soon whether we like it or not) for every 1,000 steps.

While we've heard of fitness apps that will reward you for your workout challenges, Sweatcoin is the first of its kind in that it doesn't heavily rely on the users self-reporting their own exercise. Translation: you can't cheat. And Sweatcoin isn't just looking to be a cool app or to disrupt the fitness scene, as Silicon Valley would say—they're looking to change the health of the citizens in the UK.

"This whole business is pegged to making movement valuable," founder Oleg Fomenko said in the release. "Eventually, Sweatcoin is going to have a rate of exchange tied to the British pound."

What's more, companies are integrating Sweatcoin perks into their wellness programs. Four London-based startups will offer Sweatcoin to employees as part of a rewards at work program, with sweet deals like extra days off from work, subsidized healthy meals, or free massages in exchange for coins collected throughout their physical activity.

While there's no info yet on whether the iPhone-only app is going to roll out in the States yet, we're eager to try it.