Filed under: Your mushy news fix for the day. 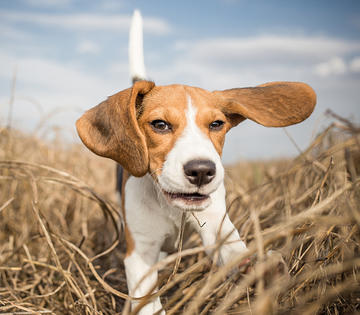 Everyone's always looking for new ways to get inspired for their workouts, whether it be a success story or just a good old mantra you found on our Pinterest page. And now, folks Down Under are looking to a few furry friends when it comes to getting fit.

Jason Seibart, who has spent over a decade working with shelter animals, traveled from his home on Australia's Central Coast to the state of New South Wales (where Sydney is located) to launch his canine-inspired sweat sessions. In his experience working with animals, Seibert found that there was a "diminishing number of humans [exercising] and growing number of desperate dogs, especially some bigger more energetic breeds," according to a statement on his website. "The dogs need to get out and run, humans need to move," he says. (Related: 8 Cute Pets That #MakeFitHappen)

The program, which is called Rescue Your Fitness, is primarily focused on finding foster and permanent homes for rescue animals. However, as it slowly gains traction, Seibert is using these same animals to get local Aussies out and about. Just this past weekend they held their first "Pack Run" in Sydney, where canine and man alike got to sweat it out together. And the cute pictures of the dogs running with the exercisers? They're used, in turn, to promote the animals up for adoption. While the program is still young, we have a lot of faith in the idea of furry fitness—and we're hoping someone invites us on a "Pack Run" soon. Until then, we'll settle for the occasional feline yoga class—and watching Rescue Your Fitness become a major success back up here in the States.