Lessons from the Low-Carb Diet Craze

Why low-carbohydrate diets got so popular, their drawbacks, and what we can learn from Atkins, South Beach, and others. 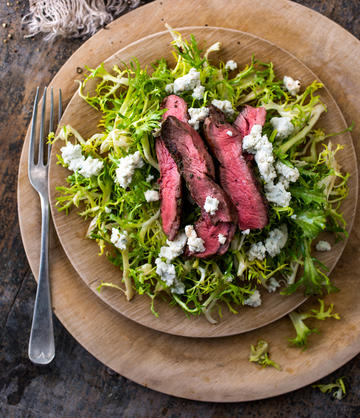 Low Carb. You'll find these two small words on practically everything -- from yogurt containers and cereal boxes to soda cans and even tea! You'd be hard pressed to find a food that doesn't offer a low-carbohydrate option these days.

A mere five years after the low-fat craze, many people are replacing their morning toast with bacon, their turkey on white with turkey on cheese, and their evening pasta with a steak -- hold the potato.

But what does it all mean? Should we all jump on the low-carbohydrate bandwagon, or is this latest diet craze just a passing fad, or worse, dangerous for your health?

"A few elements of the low-carb craze are healthy habits for women and for everybody else, but a lot of these diets are on the radical side," says Peggy O'Shea, RD, LDN, registered dietitian in Boston, and spokesperson for the Massachusetts Dietetic Association. These diets, just as many others, ask you to exclude or include one type of food group over another. Essentially, on a low-carb diet, you're counting carbs instead of calories.

Here's what's helpful about these diets -- and when they can be risky or just plain unrealistic.

Carbohydrates supply your body with its main source of fuel: glucose. In other words, your body gets the energy it needs to get through the day from carbohydrates in the food and beverages you consume. Carbs can be stored in muscles to make us "activity-ready," and they're often packed with vitamins, minerals, and fiber. They come in two forms: simple carbohydrates and complex carbohydrates.

Simple carbs, which are made up of two sugar molecules, give your body a kick in the pants as they're digested. But, it's short-lived -- foods and beverages consisting of primarily simple carbohydrates won't make you feel satisfied for long, only 30 to 60 minutes actually...another good reason to forgo the candy bar.

Examples of simple carbohydrates from natural sources are fruit sugars (fructose) in fruits and milk sugars (lactose) in milk products. Other forms of sugar too numerous to count also fall into the "simple carb" category; these often are added to foods and beverages. They include sweeteners such as corn syrup, honey, dextrose, high fructose corn syrup, and fruit juice concentrate, among others.

Complex carbohydrates, as their name implies, are more complex. They are long chains of sugar molecules linked together and they're also known as starches. They're broken down by the body during the digestive process to release the glucose stored in them. Complex carbs release glucose slowly as they're digested, providing your body with fuel for several hours, instead of the quick fix provided by simple carbs.

Pastas, whole grains, rice, and beans (soy beans, black beans, and lima beans are particularly healthful), are examples of foods containing complex carbohydrates. Most complex carbs provide a host of vitamins and minerals, as well as fiber, particularly when they're from products made from "whole grain" -- a term that means the grain still contains all parts of the kernel after processing. "Processed," or refined grains, on the other hand, strip or remove part of this healthful food as well as the nutrients it provides. "Refined" sugars are the same: they're sugars that have been processed from their natural form.

"Obviously, not all carbohydrates are unhealthy, but we as a society eat too many of the unhealthy carbs found in processed foods and not enough of the complex carbs from whole grain products," says O'Shea.

What Are Low-Carb Diets?

Low-carbohydrate diets have become the rage in the past few years, but they've actually been around for decades. In 1972, Robert C. Atkins, MD, unveiled his philosophy in The Atkins Diet. Thirty years later, the diet was relaunched with Dr. Atkins' New Diet Revolution.

The essence of the Atkins Diet is weight loss through a series of dietary phases, the first aiming to send the body into benign dietary ketosis, a state in which it starts to burn more fat for energy than it would normally, instead of its preferred source of fuel, glucose -- also known as blood sugar. People following the Atkins' plan restrict their intake of carbohydrates to 20 grams a day (in the first phase -- they can slowly add limited amounts back later), eat a lot of high-protein, high-fat foods, and take dietary supplements.

If you've heard about the low-carb craze, then you've probably heard of the "glycemic index," one of the keys to understanding the purpose behind low-carb diets. It's a term diabetics know as they strive to keep blood sugar levels consistent.

Many things affect the actual glycemic response, including what other foods you happen to eat with foods having a low or high glycemic index, how often you eat, whether foods are eaten cooked or raw, how ripe fruits are when eaten, and when or if you've exercised before eating. "The glycemic index is just one of the tools we use to gauge the effects different foods will have on the body, but it's not a perfect science," says O'Shea.

How Do Low-Carb Diets Work?

The reason low-carbohydrate diets are so popular is that in many cases they produce results. People lose weight on them and they lose weight quickly, at least in the short term. But, this weight loss comes primarily in the form of "water-weight," notes national nutrition and fitness expert Pamela Peeke, MD, PhD, author of Fight Fat Over 40, and women's health advisor to the National Women's Health Resource Center in Red Bank, New Jersey, and Washington, DC.

That's because carbohydrates stored by your body are packed with water. When you don't replace your body's fuel source by consuming enough carbohydrates, your body turns to stored carbs for energy, which eliminates a lot of fluid from your body. After the stored carbs are used up, your body eventually turns to fat and lean body tissues for fuel. If you adhere to a low-carb diet for the long run, additional weight loss may come from muscle tissue as well.

The primary benefit of low-carbohydrate diets is that for many people who have repeatedly failed on other plans, they do work. "According to recent research, many people on low-carbohydrate diets actually eat less and feel fuller from the high-protein, high-fat foods they eat," says Byron Richard, MS, RD, CDE, dietitian at Tulane University Hospital and Clinic in New Orleans.

And some studies have shown that they actually help lower high blood pressure and high cholesterol. A study in the May 2003 issue of the New England Journal of Medicine showed that people on a low-carbohydrate diet not only lost more weight than those on a traditional low-fat diet, they actually showed some improvements in risk factors for heart disease. However, these improvements may have actually resulted from the weight loss itself, not how it was achieved.

Although some studies look promising for low-carb advocates, there have not been enough studies done to know anything about the long-term benefits of these diets. But the risks associated with them are well-known.

For one, these diets tend to be very high in fat. "All the hamburgers and cheese and butter in low-carbohydrate diets can put people at risk for cardiovascular disease. It's a big danger," says O'Shea. "And it's unfortunate that it's not a health risk you see right away. You can see yourself losing weight but can't see your arteries clogging," she says. Atherosclerosis, the medical term for clogged arteries, is a form of heart disease.

Low-carb diets can also decrease the amount of fiber, vitamins, and minerals you consume. And while weight loss may be swift, some people find that low-carb diets leave them feeling nauseous, fatigued, and light-headed, notes Dr. Peeke, because you're restricting your body's source of fuel.

Low-carbohydrate diets can take a toll on your kidneys, as well, because a diet that's very low in carbohydrates makes it difficult for your kidneys to process all of the protein. Another important thing to consider is that excess protein decreases the body's pH, which can lead to it withdrawing calcium from your bones to neutralize pH. Dehydration and kidney stones are other risks.

Plus, you may become so lethargic on a low-carbohydrate diet that you have trouble getting through your day, much less finishing a workout. "You won't see many athletes on a low-carb diet," says Dr. Peeke. "They need carbs to fuel their activity."

And no matter how much you love steak and eggs, let's face it, low-carbohydrate diets are just not that practical. "Most studies have shown that when you compare a low-carb versus a low-fat diet, six months later the weight loss is about the same," says Ms. O'Shea. "But a low-fat, balanced diet is more manageable and includes healthy eating behaviors that you can do for life."

High-fiber food choices are most important. According to O'Shea, fewer than half of adults get the recommended 30 grams of fiber per day that they need. Eating whole grain, high-fiber foods is not only good for your waistline (they make you feel fuller and therefore you'll most likely eat less, and less often), high-fiber foods help to keep your digestive system healthy.

To help get the recommended 30 grams of fiber a day, O'Shea suggests choosing products that contain at least three to five grams of fiber per serving. Some cereals, for example, have eight to 13 grams of fiber. Just be sure to skip cereals that go heavy on the sweeteners.

Some of the low-carb products are now upping their fiber content, which is good news. But be cautious about packages marked "low carb." There's currently no federal regulation to define "low carb."

And beware: Just as "low-fat" isn't necessarily "low-cal," "low-carb" isn't either. According to the June 2004 issue of Consumer Reports, a quick look at many of the "low-carb" products out there finds that these new products are calorie-rich, particularly the snack and dessert items -- not exactly the right choices if you're trying to reduce your calorie intake, a more traditional weight-loss approach.