When it comes to healthy eating, we all have a lot of questions. Here, the real, honest answers to the dieting questions you ask most. 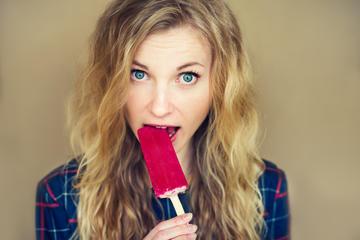 Is it a good idea to have a "cheat day" when dieting?

If you're not the go-hog-wild type, relaxing the rules once a week may help you stay the course, says Kathy McManus, RD, director of the department of nutrition at Brigham and Women's Hospital in Boston. Being super-strict can set you up for overeating in the future.

What's the difference between wheat and whole wheat?

"If the word whole isn't listed as one of the first three ingredients on your loaf, then it's essentially white bread," says Lisa Young, PhD, RD, an adjunct professor of nutrition at New York University and author of The Portion Teller Plan. Like the name indicates, whole grains contain the entire grain kernel — which guarantees the maximum dose of vitamins, minerals, and fiber. Non-whole-grain products — aka refined grains — have been processed to remove parts of the kernel. Although this extends shelf life and smoothes the texture, it also strips away some of the nutritional benefits.

Can I Eat at Night?

Is eating at night really bad for you?

Physiologically speaking, no. Your body treats calories the same whether you're gobbling them up at 8 a.m. or 8 p.m. "Thanks to boredom and TV watching, however, we are more likely to overindulge in the evening hours," says Young. Plus, night nibbling is usually synonymous with mindless eating — and that means scarfing down chips, ice cream, or other empty-calorie snacks. (Think about how easy it is to crunch your way through an entire bag of Cheetos while watching CSI.) If you've got the late-night munchies, try our favorite pre-bedtime bites: a handful of nuts (about 170 calories), 12 tortilla chips with one-fourth cup salsa (about 130 calories), or a 100-calorie Fudgsicle.

When Will I See It on the Scale?

How long will it take for my good eating habits to show up on the scale?

"After two to four weeks of dieting, you should start seeing some real fat loss," says McManus. "Realistically, you can expect to lose about four to six pounds of fat in the first month." That said, you may begin noticing results even sooner. Since a pound equals 3,500 calories, as soon as you create a deficit of 3,500 calories, you'll see a loss of one pound. You could do this in a week by trimming 500 calories a day. But remember, weight fluctuates naturally, and people's calorie calculations are often imprecise, so don't be disappointed if the number on the scale doesn't budge right away. And if you do happen to drop several pounds in the first seven days, don't get too excited. It's most likely water weight, not fat.

What's the Deal with Sugar Substitutes?

Should I cut back on artificial sweeteners?

It's not a bad idea, says Young. Though sugar substitutes are supposed to help with weight loss (they're used in products like diet soda and yogurt to add flavor without adding calories), several studies suggest they might actually hinder your efforts. Take diet soda, for instance: After studying 622 normal-weight adults, researchers from the University of Texas Health Science Center at San Antonio found that 55 percent of those who drank one to two diet sodas a day were overweight after seven to eight years. Among people who drank the same amount of regular soft drinks, that number was 33 percent. The reasons? Experts believe that artificial sweeteners can trigger cravings for sweet foods, and that they can actually interfere with the body's natural ability to count calories. And when you believe you're drinking something that's not-so-bad for you, you're more likely to overindulge in unhealthy "rewards." There are other reasons to curb your intake of fake sugar: It can cause some unpleasant side effects, such as headache, diarrhea, and upset stomach in people who are sensitive or intolerant. Of course, OD-ing on regular sugar has its own set of problems, so your best bet is to go easy all around with the sweet stuff.

Why am I always starving after having a big salad for lunch?

You probably forgot a key ingredient: protein! "A big bowl of lettuce and veggies won't keep you satisfied," says Leslie Bonci, RD, director of sports nutrition at the University of Pittsburgh Medical Center. Since it takes more time to digest protein than, say, carbs or fat, add tuna, tofu, beans, or chicken to your greens and you'll feel full longer.

What Happens to My Body Fat When I Drop Pounds?

What happens to body fat when you lose weight?

"Your fat cells shrink and their contents get absorbed — eventually they're excreted or used for energy or other cell functions," Bonci explains. Sadly, once a fat cell is created, you can only change its size. Losing weight will shrink it, gaining weight will cause it to expand, but nothing except liposuction will make the cell disappear completely.

How Can I Boost My Metabolism?

No. When it comes to diet, the only thing you can do to up the rate at which you burn calories is to eat small meals throughout the day, says McManus. Shoot for three meals and two snacks daily, or five mini meals, eating every three to four hours. Keep in mind that not eating can slow metabolism. "When you don't eat, your body perceives this as a threat of starvation. As a result, it slows your metabolism in order to hang on to whatever calories you do consume," she says. The real key to revving your metabolism is exercise.

Which should I follow for losing weight: a low-carb or a low-fat diet?

Neither. "Weight loss is all about calories," says Young. Cutting way back on carbohydrates could backfire: Your body needs carbs for energy, and by eliminating them from your diet, you also reduce your intake of filling fiber, which means you'll be hungry all of the time. As for fat, a little bit goes a long way toward helping you stay satisfied. To shed pounds, eat a reduced-calorie, balanced diet, and be selective about your foods. For example, when choosing carbs, opt for whole-grain varieties; for fats, go for heart-healthy sources such as olive oil, avocado, and nuts.

Should I Eat Before Hitting the Gym?

Should I eat before or after I work out?

Eat before. A light snack (about 150 to 200 calories) that contains mostly carbs and some protein — such as a fruit smoothie made with milk or yogurt, a glass of low-fat chocolate milk, or some crackers with a little peanut butter — is ideal. Eaten a half hour before your sweat session, these filling bites help fuel your muscles, steady your blood sugar, and stave off belly rumbles. If you're exercising for longer than an hour, you should probably refuel afterward, too, says Bonci. Choose small, carb-rich snacks, such as an apple or a banana.

How Important Are Supplements?

Do I really need to take a daily multivitamin?

You can likely skip the multi if you're consuming at least 1,800 calories a day and your diet is generally balanced and healthy — meaning lots of fruits and veggies, whole grains, some healthy fat and protein, says McManus. But if you're cutting calories, you should take the multivitamin. "Otherwise, it's extremely difficult to get all the vitamins, minerals, and nutrients you need," she says.

I recently read that additives in certain foods cause hyperactivity in kids. Does this affect adults, too?

It's possible. "Some adults could experience adverse effects, such as irritability," says study coauthor John Warner, MD, a professor of pediatrics at Imperial College, London. The double-blind study showed that kids who consumed products such as fizzy fruit drinks and candies containing food coloring and the preservative sodium benzoate were more likely to be hyperactive than when they skipped these foods. More research is needed to pinpoint who exactly is susceptible, but if you're concerned about additives, talk to your doctor about which foods to eliminate.

Do I Need to Go Organic?

Does it really pay to go organic?

If you can spend the extra cash, it may be to your benefit to buy organic meat and milk," says Kathy McManus, RD. "There's definitely a growing concern about the health effects associated with the antibiotics and hormones used in these foods." And some research shows that organic produce may be a bit better; one study found that organic tomatoes pack a bigger nutritional punch than conventional ones. Plants that aren't doused in chemicals seem to produce more antioxidants because they grow in richer soil and they develop a natural resistance to pests. Beyond your personal health, if you're concerned about the effects of pesticides on the environment, go organic.