This is the harsh reality of being a female runner. 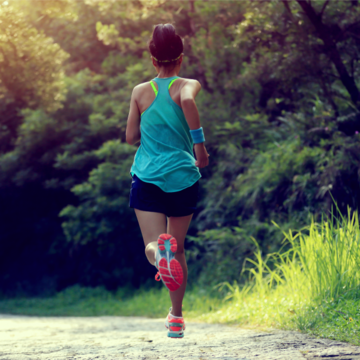 Of that number, 94 percent stated that the primary perpetrators were men. And even though some women claimed that they were unfazed by the harassment, 79 percent admitted that it bothered them. (Read: Women Share Stories About The First Time They Were Catcalled)

As if these stats aren't shocking enough, perhaps the most interesting part of the study points to the drastic difference between how men and women perceive their safety. Thirty-seven percent of men stated that running outside, at any time, regardless whether it was light or dark, did not affect their route. Unsurprisingly, only 8 percent of women shared the same sentiment. In fact, the majority (54 percent) claimed they are always, often, or sometimes worried about being physically assaulted while out running. And let's be honest, they have every right to be.

Thirty percent of women claimed to have been followed by a driver, pedestrian, or biker, and 18 percent said they received some sort of sexual proposition. So it's no wonder that women take extra precautions to avoid feeling threatened.

And the repercussions go beyond feeling unsafe. There's research to suggest that the unsafe feeling of harassment discourages women from exercising outside. According to an article by Harvard TH Chan School of Public Health, "Objective measures of neighborhood crime have found that higher levels reduce walking or physical activity, especially among women. Conversely, those who live in areas with more trust or 'social cohesion' tend to have higher levels of physical activity."

So how do we go about fixing this problem? Unfortunately, there is no magical snap-of-the-finger solution. That said, getting these numbers out there and having a conversation about how these issues affect women, is a giant step in the right direction.