Proof That Energy Drinks Can Destroy Your Liver

One man suffered from acute hepatitis after drinking five energy drinks per day. 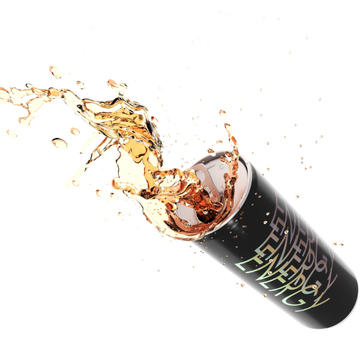 The side effects of energy drinks have been a topic of discussion for quite some time now. Back in 2012, the FDA investigated 13 deaths and 33 hospitalizations tied to the 5-Hour Energy drink. Before that, the agency looked into five deaths linked to the Monster Energy drink. Now, a case study published by the British Medical Journal suggests that in addition to causing restlessness and insomnia and an array of other problems, over-consumption of these beverages could be really harmful to your liver.

The study involved a 50-year-old man who became dependent on four to five energy drinks per day to help him get through his job as a construction worker. Within three weeks he began vomiting violently and soon after, his skin turned yellow. Since those symptoms are usually caused by liver damage, a hospital decided to perform a biopsy to figure out what was wrong. Turns out, the man had acute hepatitis, which was caused by the high intake of vitamin BC (or niacin) found in his energy drink. Though the drink wasn't named, each bottle contained about 200 percent of the daily recommended dose.

Niacin can be found in several green vegetables, meat, and eggs. In safe quantities, it's actually good for you. In fact, it has been proven to improve cholesterol levels, liver function, and can lower your risk of heart disease. But like most things, too much of it can end up being toxic.

Even though the man's daily intake of the vitamin was technically below toxic level, having so much of it, every day, over the course of three weeks, damaged his liver. This is the second time over-consumption of niacin has been tied to liver failure. According to Medical News Today, the same thing happened in 2011 to a woman who began drinking 10 energy drinks a day. Both cases pointed to vitamin BC being the cause of liver failure as opposed to the excessive intake of sugar and caffeine.

If you're the kind of person who needs a pick-me-up during your day, try these 11 all-natural energy boosters or these 7 caffeine-free drinks for energy. Better to be safe than sorry.