Arby's Is Releasing a Vegetarian Menu for the Leap Year

And in other opposite-day news, pigs can fly and the moon is made of cheese. 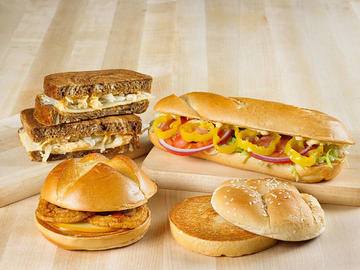 As if leap years weren't weird enough already—an extra day just appears out of nowhere?—Arby's has officially taken it to a whole new level of alternate universe: On February 29, for one day only, they're offering a vegetarian menu. Yes, this is coming from the fast-food chain famous for its roast beef and for creating the term Meatcraft™—and whose latest ads boast, "We Have The Meats®."

In an effort to relate to the meatless among us, Arby's crafted a special vegetarian menu (available at all 3,000+ locations) for the leap day only. (And for everyone who does indeed go to Arby's to get their bacon and beef fix, don't worry—the full menu will still be available.)

If you're a vegetarian who has drooled at the idea of nomming on an Arby's sandwich, but sat patiently waiting until they offered something you could actually eat, you're probably doing a happy dance. But don't get too excited—there are no entirely new items available. The leap day menu is mostly made up of classic Arby's sandwiches, minus their meats. The most sensible option may be the Loaded Italian Sandwich, which has melted cheese, banana peppers, shredded lettuce, tomato, and red onion, with red wine vinaigrette and garlic aioli on a toasted Italian-style roll. It's missing its usual ham, salami, and pepperoni, but there are enough veggies that there's still a little something left in the sandwich. However, while the Italian Sandwich and some others like the Reuben can feasibly stand alone, turning other 'wiches—like the Jr. Bacon Cheddar Melt—into meatless options means they consist of just some condiments (like warm cheese sauce or Peppercorn ranch sauce) on a roll. Translation: Though calling it "vegetarian" might seem to bring some healthy-eating clout, there's nothing healthy about it. (Just a heads up: Here are the 30 Worst Fast-Food Restaurant Choices.)

We applaud Arby's for extending a hand to the vegetarians of the world on what we should probably be calling "real-life opposite day." But if you're looking to eat healthy, try these 10 Vegetarian Meal Ideas for a Meatless Monday. 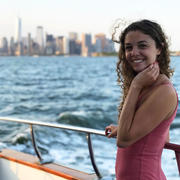