Eating wheat-free, skipping meat, and avoiding dairy are not necessarily good for you. Our experts investigate five "healthy" diets and tell us what you should really be eating and not eating.
By Karen Ansel, RD 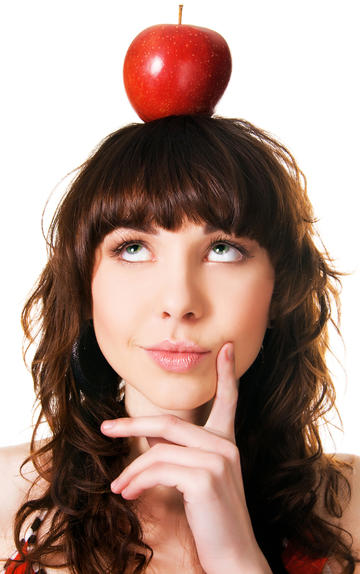 Confession: I always thought I had the perfect diet — after all, I'm a nutritionist. My meals were low in fat and salt, and loaded with fruits, vegetables, and whole grains. I was doing everything right. Except...I wasn't. Two years ago, after dozens of unexplained dizzy spells, my doctor informed me that my low-sodium meals plus a heavy workout schedule were driving my already low blood pressure down even further. Shocked, I followed my MD's orders and made friends with the salt shaker. Within a day or two, the dizzy spells disappeared, which just goes to show that even experts can make mistakes when it comes to good nutrition. "Any diet can be big trouble if it's taken to the extreme," says Andrea N. Giancoli, RD, a Los Angeles-based spokesperson for the American Dietetic Association.

Is your so-called smart diet actually a problem? Before you take another bite, see what a huge difference the right plan can make.

The Myth: It's no-carb, so you'll lose weight!

The Truth: Gluten-free is not a no-carb plan, and it shouldn't be used as a weight-loss strategy, says Tricia Thompson, RD, author of The Gluten-Free Nutrition Guide. The diet is designed for people with celiac disease, an autoimmune digestive disorder that causes intolerance to gluten, a protein found in wheat, rye, and barley products. There are major health dangers in going gluten-free: By skipping fortified breads and cereals, you're missing out on folate, which can lead to an increase in the amino acid homocysteine, raising your risk of a heart attack by as much as 200 percent. Pregnant women who don't get enough folate double their risk of preterm delivery — and their babies have a 50 to 70 percent greater likelihood of developing certain birth defects. Replacing wheat products with gluten-free versions doesn't help much: A study in the Journal of the American Dietetic Association found that only 5 percent of the 58 gluten-free breads, cereals, and pastas studied were fortified with folic acid, the synthetic form of folate.

The Fix: Aim to get 400 micrograms (600, if you're pregnant) of folate a day. Choose healthy carbs, such as whole-grain breads and cereals that are fortified with B vitamins and that have plenty of fiber to keep you feeling full. If, like 1 in 133 Americans, you suffer from celiac disease, eat folate-rich leafy greens and gluten-free fortified foods and juices, and take a daily multivitamin. Also, try naturally gluten-free whole grains such as buckwheat, quinoa, and amaranth.

The Myth: Milk is for kids. Lots of adults are allergic to it, anyway.

The Truth: You'll lose a good source of calcium and vitamin D, two nutrients that are a must for strong bones and teeth and for preventing PMS. The latest research also suggests that D protects against cancer, diabetes, gum disease, multiple sclerosis, and arthritis.

The Fix: "There's so much misinformation about dairy," says Suzanne Girard Eberle, RD, author of Endurance Sports Nutrition, who sees lots of cases of self-diagnosed milk allergies and lactose intolerance. Truth is, very few adults are allergic to milk. If you suspect you are, see a board-certified allergist, who may recommend a skin or blood test. If the results are positive, add orange juice and soy milk fortified with calcium and vitamin D to your diet, as well as canned salmon or sardines, to meet your RDA of 1,000 milligrams and 200 international units, respectively. If you're truly lactose intolerant, swap regular milk for lactose-reduced. But don't give up yogurt and cheese — they contain less lactose and are generally better tolerated, explains Eberle.

The Myth: It's healthy beyond belief. What could be bad about eating vegetables?

The Truth: Unless you replace the vitamins and minerals lost by cutting out an entire food group, like meat, you maybe weakening your immune system, says Eberle. That's because you won't be getting enough key nutrients — such as iron, which affects energy levels, the ability to think clearly, and the production of enzymes that fight infection. Too little iron can even increase a woman's risk of postpartum depression, say researchers at Pennsylvania State University. And that's not all: "Meat-free diets that don't include dairy, beans, or eggs are also low in the quality protein needed to repair the microdamage to your muscles that comes from working out," explains Eberle.

The Fix: Dig into iron-rich plant foods (lentils, kidney beans, black beans, fortified cereals and pasta, tofu, and baked potatoes), along with oranges, kiwis, strawberries, peppers, and tomatoes, which are loaded with vitamin C and help boost iron absorption. For your daily dose of protein (about 85 grams for an active 140-pound woman), eat eggs, milk, yogurt, beans, or soy at every meal and with most snacks.

The Myth: It's low in the saturated fat found in meat, so it's better for you.

The Truth: Many women go vegan to reduce their risk of heart disease or other chronic conditions, or because they're morally opposed to eating animals. That's fine, as long as their diet contains a healthy mix of vitamins, minerals, protein, and fiber. The problem is, many vegans come up short — meaning that they're missing out on vitamin B12, found in animal foods, and healthy fats such as DHA and EPA, the two types of omega-3s found primarily in fish like wild salmon, says Giancoli. That's a major concern if you're one of the 20 million Americans who suffers from dry-eye syndrome, in which insufficient tear production causes painful, burning irritation. Women whose diets had the highest levels of omega-3s were 17 percent less likely to have dry eyes than those who ate the least, according to a Brigham and Women's Hospital study.

Omega-3s are also vital for stabilizing mood, and may even help ward off depression. The risk of mood disorders is compounded if you don't get enough B12, which helps your brain produce feel-good neurotransmitters. A lack of this vitamin can lead to memory loss and disorientation, research shows.

The Fix: Get your omega-3s by eating ground flaxseed (sprinkle it on yogurt, oatmeal, or cereal), walnuts, and tofu, and by using canola, walnut, flaxseed, and soybean oils, which contain the fat alpha-linolenic acid. Include some of these foods every day to meet your omega-3 requirement of 1.1 grams. To load up on B12 (your goal: 2.4 micrograms a day), take a multivitamin or have several servings of fortified foods, such as soy milk, cereal, or tuna.

The Myth: Give up bread and pasta and the pounds will melt away.

The Truth: Low-carb eating plans are a digestive nightmare, because they don't provide enough fiber, which frequently results in severe constipation, says Maye Musk, RD, a New York City-based dietitian. Healthy carbs are also crucial for energy. Stop eating them and you're likely to feel tired and grumpy all the time.

The Fix: Eat good-for-you carbs. To make sure you get the nutrients you need, add four servings to your daily diet, suggests Musk. Try a slice of whole-grain bread, one-half cup cooked oatmeal, one-third cup brown rice, and one-half cup whole wheat pasta. Piling your plate with fiber-rich veggies such as spinach, broccoli, peas, and asparagus can also help get things, um, moving. (Legumes such as soybeans and lentils are also good fiber sources.) If that doesn't work, pour yourself a bowl of low-sugar, high-fiber cereal, such as All-Bran with Extra Fiber. Just one-quarter cup will supply you with more than 6 grams.