The Dangerous Side of Vegan Diets

A well-planned vegan diet can be healthy, but a lack of nutrition knowledge can have serious consequences. 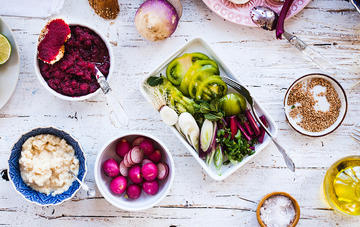 On July 2 in Milan, Italy, a 14-month old baby was rushed to the hospital by his grandparents. Severely malnourished from being kept on a strict vegan diet by his parents, the baby was extremely underweight and suffering from various nutrient deficiencies, including a critical calcium deficiency, which doctors say exacerbated an underlying congenital heart condition. Now recovering from emergency heart surgery, the baby has been taken away from the parents. A children's court will decide whether the grandparents will be given full custody.

This is the fourth reported case like this in Italy within the past 18 months, where vegan diets have become increasingly popular. So it begs the question: Can vegan diets be safe for children?

"Because they're still growing and developing, it's vitally important that kids get adequate nutrients," says Laura Gibofsky, M.S., R.D., a board-certified pediatric dietitian in New York City. "A well-planned vegan diet can meet the nutrient needs of infants, children, and adolescents," she explains, but with an emphasis on "well-planned." That said, "any parent considering putting their child on a vegan diet should do it under the guidance of a registered dietitian to ensure that their child is getting sufficient nutrients for optimal growth and development," she adds.

Some of the nutrients Gibofsky says parents should be particularly aware of in a child following a vegan diet: "Protein, omega-3s (essential fatty acids), iron, zinc, calcium, vitamin D and vitamin B12." She recommends vitamin B12 supplements in particular because it's such a common deficiency on vegan diets, and adds that calcium and vitamin D supplements may be needed as well. Parents and care providers may also opt to supplement for other nutrients they feel a child may be at risk of missing out on. Though they're not a replacement for food, she says dietary supplements can help address gaps in the diet and pediatric supplements that contain no animal products are available.

Though adults may not have to worry about all the same nutritional issues as kids, nutrient deficiencies are still something to watch out for when it comes to plant-based eating. A healthy vegan diet requires planning and extra attention to certain nutrients to make sure you're covering your nutritional bases. Here's what to keep an eye out for:

Protein: Plant-based protein can be found in nuts, seeds, beans, peas, lentils, and even in some vegetables (though in small amounts).

Calcium: Tofu, dark leafy greens, and white beans are just a few of the many plant sources of calcium. You can also reach for fortified dairy substitutes or use a supplement. Aim for about 1,000mg per day total. (Hint: Dairy-Free Sources of Calcium.)

Iron: No red meat? No problem! Iron can be found in foods like beans, lentils, whole grains, nuts, seeds, and dark, leafy greens. Eat these with foods that are rich in vitamin C to enhance absorption. (Check out Iron Rich Foods That Aren't Red Meat.)

Vitamin B12: Seaweed is one of the few naturally occurring plant sources of vitamin B12. Nondairy milks, meat substitutes, and grain products are often fortified with B12. If you don't want to hop on the faux meat bandwagon, though, a daily supplement might be your best bet.

Vitamin D: Mushrooms are one of the few plant foods that contain vitamin D, but not in large amounts. A daily supplement or supplemented food or beverages like grain products or nondairy milk will likely be your best bet with this one. (Here: Healthy Foods With Vitamin D.)

Also—and this is important for any diet—be sure to listen to your body. If something doesn't feel right, it probably isn't. So touch base with your doctor and make an appointment with a dietitian to help you make sure you're getting what you need. 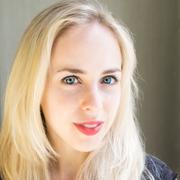