Steep Perks: Why Drinking Tea Is Good for Your Health

Tea can help your heart, boost your brainpower, keep your metabolism humming, and more. Our guide to the supersip covers it all, including how to brew a cup that's fit for a queen. 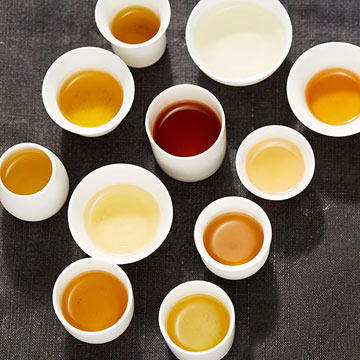 After plain old H2O, tea is the most popular drink on the planet. And some researchers say it's even healthier. "Tea packs more of a punch than water," says Carrie Ruxton, PhD, a dietitian and tea expert in the United Kingdom. "In addition to providing hydration, it's rich in health-promoting substances." The science is staggering: Studies suggest that one cup of tea may contain up to five times more antioxidants than any fruit or vegetable. These disease-fighting compounds may help prevent certain cancers, keep your heart healthy, burn fat and ward off weight gain, sharpen your mind, and help your body beat the effects of aging and stress. The facts are in: It's teatime!

Tea does a body good. "It's also calorie-free if you don't add milk or a sweetener like sugar or honey," says Diane L. McKay, PhD, an assistant professor of nutrition at the Tufts University Friedman School of Nutrition Science and Policy in Boston. Check out the myriad benefits of that mug:

Your brain: A cuppa doesn't just make you more productive at the office (one study showed that tea drinkers have improved accuracy and attention when switching between tasks). It may also ward off Parkinson's disease and slow the progression of Alzheimer's.

Your bones: Studies indicate that phytochemicals in tea, such as flavonoids, may protect against bone loss: Regular tea drinkers have higher bone density than non-tea drinkers.

Your heart: A study of more than 40,000 adults found that women who drank five or more cups of green tea a day had a 31 percent lower risk of death from heart disease than those who downed less than one. Other research linked black tea to lower LDL cholesterol.

Your skin: EGCG, the main polyphenol in green tea, has anticancer properties that may prevent the development of skin tumors. In an animal study, green-tea extracts reduced the severity of exposure to UV radiation.

Did you know? Green tea contains metabolism-revving caffeine plus the potent antioxidant EGCG, which activates the sympathetic nervous system to encourage fat burning. In one study, exercisers blasted more fat during a half-hour workout when they consumed tea beforehand. In addition, there is evidence that tea may decrease fat absorption and contribute to weight loss. "Tea is a safe, effective way to increase calorie burn and the release of fat from your fat stores," says Paul Arciero, PhD, the director of the Human Nutrition and Metabolism Laboratory at Skidmore College in Saratoga Springs, New York. Try one or two cups of green, black, or oolong tea — iced, if you prefer — 30 minutes before you sweat. 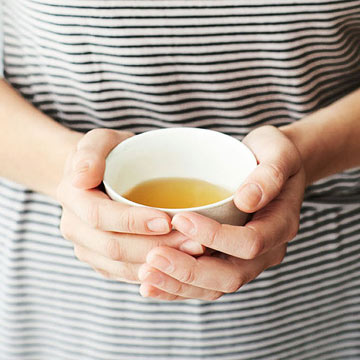 Drink to Your Health

How much tea should you sip? One to three cups a day provide plenty of health benefits.

What it is: Sometimes called mushroom tea because of the microorganisms that float in it and form a mushroomlike shape, this fermented form of sweetened tea with a funky vinegar taste is made with live bacteria and yeast and often fortified with B vitamins.

What it claims: Proponents say this ancient Chinese drink has medicinal benefits, namely that it boosts the immune system, prevents cancer, and aids digestion and liver function.

The real deal: "There is little or no research to back up these claims," says Janet Helm, a registered dietitian in Chicago. "Kombucha is not a magic cure-all, but it is a fermented product that, like yogurt, is a source of probiotics — beneficial bacteria that help digestion and improve immunity." Helm acknowledges that the black and green teas in kombucha offer some antioxidants and polyphenols but says you could get the same from any tea bag.

Should you drink it? "Sure, if you like it," Helm says. "But don't expect it to work miracles."

Making the perfect cup takes practice. That's why Bruce Richardson, the author of more than a dozen books about the beverage, holds classes regularly. Fresh, loose leaves yield the most health benefits and flavor (though tea bags will do in a pinch), and different types of teas require different methods.

"The lighter the tea, the cooler the water should be," Richardson says.

White: 155° That's way off of boiling temp, which is 212°. Let the water rest for three minutes before you pour.

Green: 165° After boiling, let the water rest for two minutes before pouring.

Oolong: 200° Get the water close to a boil before pouring, or let it rest for a minute after boiling.

While each tea has a specific steeping time, the three- to five-minute range is a safe guideline for all of them (stay closer to three with tea bags, which steep more quickly than loose leaves). If you oversteep, dilute the tea with a little water to make it more palatable.

Don't use hot water, which creates chemical reactions that change the flavor slightly. To cold-infuse, put tea leaves in a bottle of water (one teaspoon of fresh leaves or one bag for every six ounces of water), then refrigerate for a couple of hours. Screw on a filter cap, like the TeaSpot Steep & Go ($10, amazon.com), and sip away. Making a pitcher? Add four teaspoons of loose leaves or four two-gram bags per quart of water and chill for eight to 12 hours. "You can also put leftover hot tea over ice to drink later," Richardson says. Finish it within 24 hours; after that, the antioxidants start to dissipate. 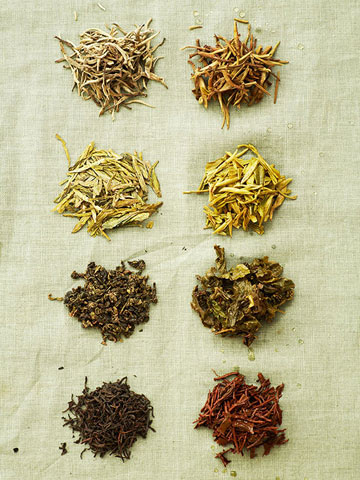 When talking about tea, we're referring to black, green, white, or oolong, all made from the leaves of the Camellia sinensis plant. A tea stickler will tell you that herbal teas fall outside that definition, but they still deserve a spot in your mug.

White: Its leaves are picked when they're young, so it has the mildest flavor of any tea variety. One study suggests that it has potent anticancer properties too. Expect 10 to 15 milligrams of caffeine per cup.

Green: Traditionally from Japan or China, these leaves are heat-treated immediately after plucking, which keeps them from oxidizing. The flavor is subtler than oolong or black tea, and the lack of oxidation means that the tea retains high amounts of healthy antioxidants. Expect 25 to 30 milligrams of caffeine per cup.

Oolong: Withered and then rolled by hand, these leaves partially oxidize before being fired in a pan or a basked. Oolong has the body and complexity of black tea with the fresh taste of green, and studies suggest that it boosts metabolism. Expect 30 to 50 milligrams of caffeine per cup.

Black: Fully oxidized tea leaves make a dark brown or reddish drink that has a full body and a strong, sometimes slightly bitter, flavor. Research shows that black tea helps decrease your risk of cardiovascular disease. Expect 40 to 60 milligrams of caffeine per cup.

Herbal: usually made from an infusion of dried fruits, flowers, herbs, and spices in hot water, herbal teas are known for their pleasing fragrances and therapeutic properties. Many types are calming and relaxing. Expect 0 milligrams of caffeine per cup.