No one would mistake a Hershey bar for health food, but experts say there is an upside to downing chocolate.
By Jocelyn Voo 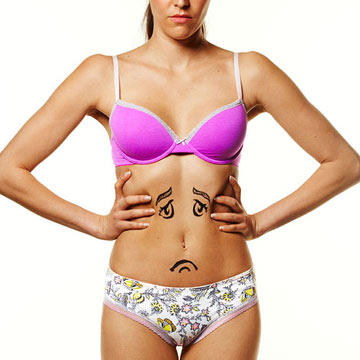 The Health Benefits of Chocolate

It turns out there's even more to love about one of the most decadent, satisfying foods on the planet. We're talking about chocolate: Heavenly sweet treat, coveted comfort food, and former diet disaster. But now? New studies are proving that chocolate does, in fact, have a place in the health-conscious kitchen.

In fact, a 2007 study from the University of Nottingham Medical School in the United Kingdom suggested that this improved blood flow may also benefit the brain in terms of memory and learning ability.

Flavonoids also help prevent the oxidation of LDL (bad) cholesterol and raise HDL (good) cholesterol levels in the blood, according to a 2006 study in the Journal of the American Dietetic Association. There is also some evidence that these flavonoids may prevent certain cancers, such as skin cancer. A 2006 study also linked ingestion of flavonoids to increased UV protection, but that doesn't make you invincible. Slathering on the sunscreen and snacking on a mini-Snickers will offer you the best protection.

From Cocoa Bean to Grocery Shelf

The cocoa manufacturing process, according to Emily Korns, a registered dietitian and Manager of Health and Science Communications at Mars Inc., involves the following:

Unfortunately, some of this lengthy process takes away from the bean's natural health benefits. For instance, careful bean fermenting is necessary to develop the best chocolate flavor, but "significantly reduces the amount of flavanols," says Korns. "Unfermented beans contain the highest level of flavanols, but they taste bitter, without any chocolate flavor."

Flavanols are also lost during the bean-roasting process, since the high temperatures destroy them. Interaction with other ingredients, such as carbohydrate- and protein-containing ingredients, during batch processing also reduces flavanol content.

Does a High Cacao Percentage Mean It's Healthier?

In a nutshell, yes. "Higher percent means more antioxidant-rich cocoa bean and less sugar, so it is healthier," says Blatner.

The cacao percentage refers to the total cocoa bean content in the chocolate bar — chocolate liquor, cocoa butter, and cocoa powder. The remaining ingredients consist mainly of sugar and possibly vanilla and lecithin, depending on the recipe. One hundred percent dark chocolate is the healthiest because it has no added sugar, but it's generally too bitter to eat. It's best when used in baked goods.

Dark vs. Milk vs. White Chocolate

Consider white chocolate a second-string player, and keep it on the bench. "White chocolate is only the cocoa butter mixed with sugar," says Blatner. "No potent chocolate antioxidants hiding in there!"

No matter how many heart-healthy benefits chocolate might have, it's still a fat- and calorie-laden treat. The cocoa butter found within chocolate is also high in saturated fat. However, about a third of chocolate's fat comes from stearic acid, which does not raise LDL cholesterol levels.

Chocolate also contains caffeine, though the amount is hardly significant when compared to your afternoon Red Bull or morning cup of joe.

The last word on chocolate, like with most indulgences: "It is good in moderation," advises Blatner. "About 1 ounce or 150 calories per day."