I Quit Complaining for 21 Days, And This is What Happened | Fitness Magazine
Skip to main content

I Stopped Complaining for 21 Days and It Changed My Relationships

One woman goes on a complaining detox—and finally realizes just how little she actually has to complain about. 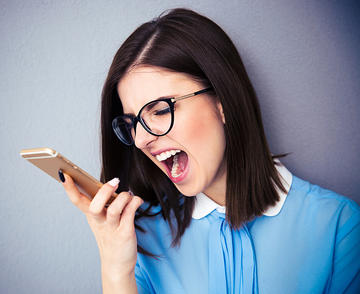 It was a Monday morning, and I woke up realizing the rent check needed to be mailed. But my checkbook was nowhere to be found. While rummaging through my desk drawers, trying to track the damn thing down, I spewed at my husband: "Why do you always throw things all over the place? It bugs me to no end that this space is always a hot mess, no matter how many times I organize it each week because you never put things back where they belong!"

As soon as I said it, I bit my tongue, took a deep breath, and switched the purple bracelet that I had placed on my left wrist that morning over to my right.

Less than an hour into day one of my complaint-free detox and I had already failed. Oops.

Let me explain: I decided to quit complaining after reading about "A Complaint Free World," a movement that Will Bowen started in 2006 and has since been highlighted by the likes of Oprah and Maya Angelou. The idea is simple: Wear a bracelet on your wrist as a visual reminder that you're trying to quash the unnecessary negativity coming out of your mouth, and don't let a complaint pass your lips for 21 days (the time some researchers think it takes to anecdotally form a new habit after performing the same behavior over and over, says Bowen). If you flub up, move the bracelet to the other wrist and start again.

Why it matters: Bowen says the average person complains 15 to 30 times a day and doesn't even realize it because complaining is a competitive sport that's easy to participate in. "No one ever complains, and then you try to complain less than they did," he says. "The next person always tries to out-complain the first because they want to connect." Before you know it, you're sitting around a table with a bunch of friends, each of you trying to one-up the next with "my life is so insane" humble brags.

It's that desire to connect with another person that's rooted in our almost-reflex-like tendency to b*tch and moan, says Robin Kowalski, Ph.D., professor of psychology at Clemson University and author of Complaining, Teasing, and Other Annoying Behaviors. "Complaining is a behavior that literally everyone engages in, albeit to different degrees," she says. "There's a normalcy to it, and it serves various functions. But for a lot of people, it's an ice breaker; a way to find common ground with other people or confide in them."

But that doesn't mean it's the only way to connect—nor is it a healthy one. First off it creates more stress. Secondly, Bowen says it's damaging to relationships, as the negative energy drags down the intimacy you and your partner share. "Plus, if you're complaining about your significant other, then you continually look for those things that you're complaining about," he adds. "So it's like you're perpetuating the behavior in that person because you're constantly on the lookout for it and always bringing it up."

Not to mention the adverse reactions being a debbie downer can have on your health. "People who complain frequently tend to play this negative soundtrack about themselves and their lives all the time," says Bowen. "This causes your cortisol levels to get all jacked up, which raises stress and blood pressure, weakens your immune system, and impacts the circulatory system because you're staying in this hyper-sensitive state of upset." Bowen notes that studies have even shown that people who complain consistently tend to have more heart problems, are at higher risk for cancer, and are likely to carry more body fat.

So really, when I went about my day thinking a complaint here and there was NBD, I was wrong. Very wrong.

That said, it certainly wasn't easy to give up my daily habit, and I had to start back at square one a few times. Bowen says that's normal, and it takes some people more than a month to actually make it through one day without voicing a complaint. "You're trying to change a behavior that you're not even aware of," he says. "So it takes time to change, and many need that first month just to get used to the idea."

I had made it a week without sharing any negativity when I ran into a friend who started complaining about our current book club read. It was no biggie, and I may have been able to let the commiserating opportunity pass if the circumstances had been different. But I had just ridden the subway next to a kid who had vomited all over the floor, and a mom who refused to get him off the train while he continued to purge. I had resisted the urge to text my husband about it, and instead typed out my frustration in the Notes section of my phone because Kowalski says writing down our complaints, instead of talking about them, is a therapeutic way to break the habit. (And Bowen says it doesn't count as a complaint if you don't verbalize it.) But after a stressful week of work and a hefty case of PMS settling in, I knew I was walking on thin ice. So when my friend started complaining about how terrible the book was—an opinion I wholeheartedly shared—I caved. I couldn't help it! But honestly, I didn't regret it. It felt good to get an emotion off my chest. Good because I wasn't keeping everything locked inside. Good because I felt like I was bonding with a friend I hadn't seen in a while.

But then I felt guilt. Before my detox, I wouldn't have given my words a second thought. This time, though, I felt bad about criticizing this writer who had obviously worked hard to create a book that she was proud of. Sure, I still think the critique was accurate but was it necessary? Probably not. And it cost me a bracelet switch, plus a trip back to square one.

Bowen says this was an important lesson-learning moment for various reasons. First, registering that feeling of guilt afterward means I reached the third of four stages in the detox, which is known as conscious competence. He says that's when you're sticking with the complaint-free culture, but you're very aware of what comes out of your mouth and what you choose—or don't choose—to say. Eventually, the goal is to reach unconscious competence, when you simply don't b*tch and don't have to constantly think about whether or not you're complaining (I'm getting there).

Second, both he and Kowalski said that rush of relief I felt venting a small emotion meant I probably needed to clarify the difference between "expressive" and "instrumental" complaining. "You shouldn't just shut up and suck up whatever the world sends your way and whatever it is you're feeling," says Bowen. "That's actually the opposite of what you want to do."

Expressive complaining, Kowalski says, is usually cathartic and what we do when trying to blow off steam. Instrumental complaining, however, is a healthy way of communicating your feelings to someone else who is directly related to the problem because you want to bring about a certain goal. So when I tell my work wife that I can't believe my husband left his clothes all over the bedroom floor again, that's complaining. But when I tell him—without getting snippy about it—that it bothers me, that's feedback that he'll hopefully take into consideration the next time he's deciding whether he should take the few extra steps to toss his shirt in the hamper. (P.S. He's working on it. Progress!)

"People who expressively complain all the time aren't benefiting in any way," explains Kowalski. "But complaining strategically, when it's appropriate and to the right person, can help release your inhibition and ultimately make you closer with that other individual."

Those clarifications propelled me into a new state of dedication to this process, and my lips stayed zipped for the next week. I started putting some of Kowalski's tips into practice: Redirecting the complaint from a friend in a more positive direction, starting a conversation with a compliment (because yep, most of us tend to kick-start a convo with a humble-brag downer), and writing down my frustrations. All of it helped, but the last one really resonated when I took the time to write on paper at the end of my day, versus typing into my phone whenever I remembered. "When a problem festers in our mind and we give ourselves time to mull it over, we can easily turn it into a huge deal," says Kowalski. "But when we put it down on paper, the simple act of doing that makes it feel like it's not so big anymore. It helps put things back into perspective."

And then, when I knew I had a stressful week ahead of me, I turned to a little outside help. Not only did I ramp up my workout routine, squeezing in a few extra classes where I could because a myriad of research has shown the stress-busting benefits of a solid sweat, but I also swiped on all natural, certified organic The Mood Factory deodorant. The company developed eight scents that, based on psychological research, may help elevate your mood when you take a whiff. And while I didn't necessarily stick my face in my armpit, I didn't mind inhaling the Happiness (a blend of lemon, bergamot, mandarin, grapefruit and lime) and Renewal (bergamot, basil, scotch pine, lemongrass, rosemary, grand fir and eucalyptus) scents before swiping it on for my workout. Whether it actually worked...the jury's still out (the exercise itself could be the reason I felt happier). But placebo effect or not, it got me through the next seven days, so you won't hear any complaints from me—literally.

By the time I hit 21 days complaint-free, I felt proud and surprisingly happier. Not allowing myself to make a fuss made a lot of issues look like small potatoes, and it helped me identify when I really did need to chime in with a concern. The challenge also helped me refine the way I approach a problem, so I feel a lot less whiny. Plus, my friends picked up on the habit. More often than not we shower each other with compliments when we meet up instead of instantly diving into a b*tch-fest. So if this little detox means I get more compliments about my cute sneakers or how strong I look in an Insta photo...well, I won't complain about that. 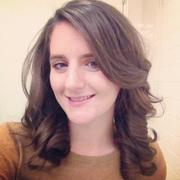