Could the Most Productive Time of Day Be When You're Sleeping? | Fitness Magazine
Skip to main content

Could the Most Productive Time Of Day Be When You’re Sleeping?

Those hours before the sun rises could change how much you get done in a day.

By ClassPass
This article originally appeared on ClassPass 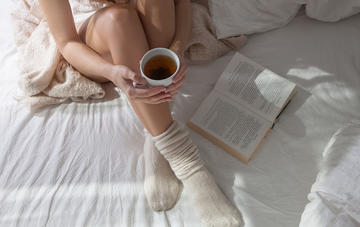 We all know if we are night owls or early birds, but what if we’re right in between? Could we possibly be the most productive bird in the aviary? In a recent Wall Street Journal article, the resident and founder of graphic design firm Design Pickle, Russ Perry, makes an interesting argument that the most productive time of his entire day is between the hours of 4 a.m. and 6 a.m.

With three children and a hectic career and life, Perry finds solace in the two most planned and organized hours of his day. In these wee hours of the morning, he cannot be distracted by Facebook updates, text messages, news feeds or, well, anyone. (Because they’re snoring in the next room.)

“By waking up at 4 a.m., they’ve essentially wiped a lot of those distractions off their plate. No one is expecting you to email or answer the phone at 4 a.m. No one will be posting on Facebook. You’ve removed the internal temptation and the external temptation” says psychologist Josh Davis, director of research at the NeuroLeadership Institute and author of the book Two Awesome Hours.

Maybe there is something about these two golden hours then, huh?

Wouldn’t you rather have two hours of uninterrupted work than six hours of emails flushing in, coffee and lunch breaks, distractions from the media or family and friends? We would. This sounds like a dream! But there is a catch. Your bedtime needs to be way earlier than it probably is now. These two miracle hours are only as glorious as they seem if you are well rested and ready to take on the day.

Give it a chance and let us know how it goes. We’ll meet you at a morning class four hours after your alarm goes off.

Written by Ali Lizzi. This post was originally published on ClassPass's blog, The Warm Up. ClassPass is a monthly membership that connects you to more than 8,500 of the best fitness studios worldwide. Have you been thinking about trying it? Start now on the Base Plan and get five classes for your first month for only $19.