10 Badass Female Olympians You Should Be Following

We all know our gymnastic winners, swimmers, running stars, and tennis legends. But these women complete the circle of Team USA's dominance.

Let's just put it out there: We have an insane amount of respect for Rio stars like Katie Ledecky, Simone Biles and Allyson Felix. Seriously, our ladies are slaying in the pool, in the gym, and on the track. But away from the prime-time lights, there are even more superwomen who have been making Team USA—and the female gender in general—crazy proud. Here are more of the stars you should know, from weightlifting to judo.

After fighting through the rain, a heavy nosebleed, and tough competition, the 43-year-old cyclist finished her race and collapsed in exhaustion after winning gold. 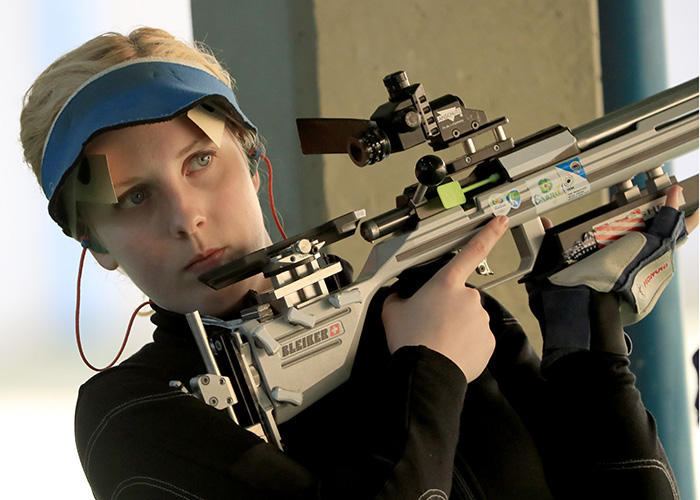 Robles won bronze for Team USA, the country's first weightlifting medal in 16 years. (Here are 5 things you need to know about the weighlifting badass, and why she just inspired a weighlifting movement.)

Harrison is the first American to earn two gold medals in judo with her Rio win. Her armbar submission made her opponent tap out and, well, we'd certainly do the same in that situation.

Sarah Hammer won her fourth career silver Olympic medal, and the whole team pulled in a silver for the women's team pursuit.

She already has the USA's first women's Olympic gold in boxing, and will compete for a repeat this weekend.

Muhammad and the fencing team took home the bronze in sabre fencing.

The rowing team took home gold in women's boxed 8, plus a silver in single sculls from Gevvie Stone.