Finally, some *real* talk emoji for all the issues women actually face.

Thanks to Unicode's update earlier this summer, pregnant women now have their own emoji. But as for all the real struggles moms and soon-to-be moms experience, well, they're out of luck in the emoji game.

Or at least they were, until three best friends decided to create their own third-party emoji app, EmojiMom, to fill the void. "In 2015, we had new babies (yay!), friends who were going through the same thing only a text away (also yay!), but not nearly enough emojis to express what was really happening in our lives as new moms," they write on the app's website. "There were so many funny, ridiculous, beautiful, and downright awful moments when we said to one another, 'there seriously ought to be an emoji for this,'" co-founder Sarah Robinson told Refinery29. 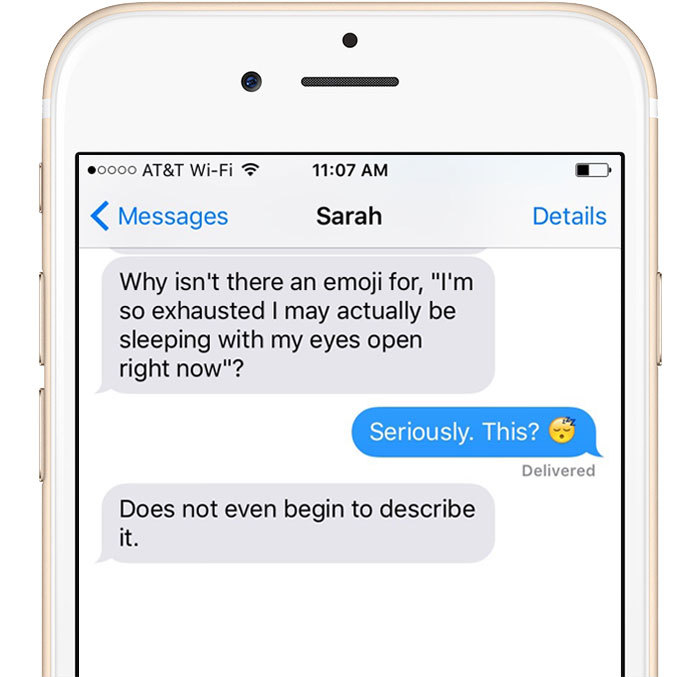 Thanks to the recently launched app, pregnant women never have to settle for the perfect-looking bottle or always-happy baby. There are more than 250 "mom-themed emojis" that cover pregnancy, arrival, and babyhood, and it doesn't leave any topic unturned: C-sections, pumping, leaking breasts, post-partum depression, and more real struggles are all there in their glory. The emojis also depict pregnant women engaging in "controversial" activities, like working out and having a glass of wine. 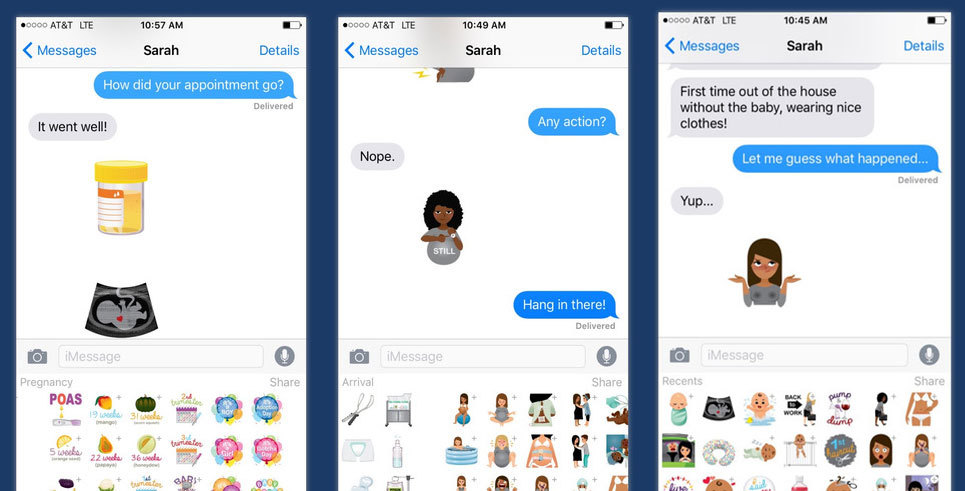 "We really hoped this could be something that allowed moms to own more of the conversation about motherhood," Robinson said. And that conversation includes "the good, bad, and ugly stuff about what happens to your body, about how you feel about your newborn (sometimes, frankly, not that good), about the things you go through postpartum that no one tells you about."

Add this to the newly-announced fitness emojis coming this fall (featuring female runners, swimmers, and weight-lifters) and we'd say this is a great week for emoji-loving women everywhere.