Why It's About Damn Time We Take Down the Tampon Tax

Oh, you didn't realize that, depending where you live, it actually costs you money to get your period every month? Yeahhh...here's why it's time for that to change. 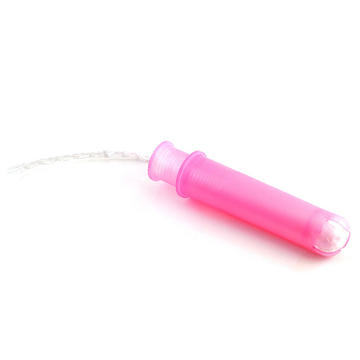 As if getting your period didn't suck enough, here's a fun fact: Most states tax you on your monthly feminine care supplies, like tampons and pads. Why? They're considered a "luxury" rather than a "necessity." (Food and medicine are deemed necessities.) So yeah, in addition to dealing with cramps and mood swings, and fighting the urge to eat all the edible things in your pantry, you're forced to shell out extra cash for a biological mechanism you can't control in the first place.

The good news is that bills are passing statewide in places like New York, and even from a city level in Chicago, to nix taxing these items for good. While these bills are sponsored largely by women in the Senate, they are all making the same point crystal clear: Getting your period is not a luxury. Here's a rundown of what the tampon tax is, and what getting rid of it means for you. (Also important to note: Weird things women are putting in their vaginas in the name of health.)

WTF is a tampon tax?

Don't worry, you haven't been living under a rock if you've never heard of it. In fact, there isn't a special tax solely on feminine care products—it just means that these goods are subject to a state's general sales tax. There were only five states that made special exemption and didn't tax feminine care products before the latest round of bills started to pass: Minnesota, Pennsylvania, New Jersey, Massachusetts, and Maryland. Between those and states that have no sales tax period (no pun intended), that leaves 40 states that put a tax on pads, tampons, and the like.

Why did everyone start talking about this?

The tampon tax started getting a lot of buzz after President Obama himself didn't realize that women were being taxed for these products in a YouTube interview back in January. He even admitted that the reason for this tax was most likely largely due to the fact that the government has a bunch of men making the laws and—spoiler alert—men don't get a period. Thus began a viral movement, with a large social media campaign shaming the tampon tax. Instagram was criticized when it removed a photography series centered around women bleeding during their periods. Petitions popped up to stop period shaming and, most importantly, to stop taxing women for getting one. In response, lawmakers who wanted to show support to women (and heck, who were women themselves!) started stirring up conversation about axing the tax on these products nationwide. (Psst: Here's what happened when a woman ditched tampons for Thinx period panties.)

Is this really that big a deal?

If you're simply swiping your card at the grocery store or pharmacy along with the rest of your order, you may not even notice that you're paying tax on tampons and pads. But just because you don't notice it doesn't mean it's right. And for those with a tight budget, this tax can really add up. Take a look at the big picture: New York, the most recent state to do away with this tax, estimated that getting rid of it would save consumers $10 million a year. California, the next state to bring the bill to the Senate, said that this tax generates around $20 million a year. And Linda B. Rosenthal, the assembly member who introduced the bill in New York, said that eliminating this tax would personally save a typical woman more than $400 a year. Whoa. (Speaking of these products, have you tried menstrual cups yet? Here's what athletes need to know about 'em.)

What does it all mean?

The fact that people—many of whom are men—are talking about women's reproductive processes and the effect bills and laws have on them is good news. Heck, it's staring the conversation that could spark change for women's rights. And it means people are taking a look at the laws of the country and realizing that women shouldn't be taxed just for being, well, women. Passing bills like this one helps create gender equity and can really help women with a lower income make ends meet. And while many members hope that one day these items will be free (!) for women, eliminating the tax is one step in the right direction.