Studies show that taking a power nap can help reduce anxiety and boost energy. But settling down for a midday nap is easier said than done. 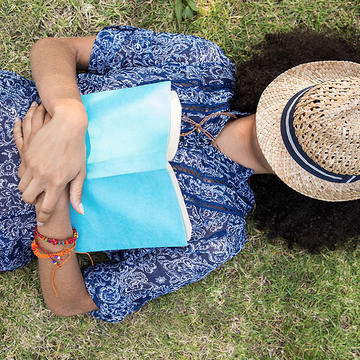 There are plenty of things that I miss about my childhood, unlimited candy consumption and Saturday morning cartoons being among them. Probably more than anything else, I miss the ability to nap whenever I want. I frequently look back on those carefree years of nap time and wish I could go back and tell my younger self to cherish those moments, because as an adult, you will be tired all the time.

So when I was told that I had to take a power nap every day for an entire week, I nearly grabbed a nap mat and fell asleep right at my desk. Finally, an excuse to sleep during the day! I was always feeling tired and longing for a nice long snooze, and I assumed incorporating naps back into my life would be easy as learning to tie my shoes.

I was very, very wrong.

For starters, I commute in and out of New York City from New Jersey every day for work, so my window of opportune times to nap is tiny. I determined that the only way I could make this work was to turn my commute into power nap time.

According to some recent studies, making time for a nap every few days is probably in our best interests. Besides the obvious benefit of getting more sleep, an Endocrine Society study says that a 30-minute power nap can help to reverse the effects of a poor night's sleep. Another study from the University of Michigan claims that after a 60-minute nap, their study participants were able to handle frustrations better and were more likely to avoid impulsive behaviors.

With all of these benefits in mind, I was looking forward to a week of extra sleep, even if it was only 20 or 30 minutes long. I didn't do anything to prepare myself for a week of scheduled naps, like looking up meditation methods or making a relaxing playlist. I figured that since I always tend to feel tired, getting myself to fall asleep would be easy. I was so convinced that I would fall asleep that I had terrible visions of sleeping right through my train stop and waking up in the middle of the night still on the train.

Surprisingly, when I got on the train and settled into my seat, I couldn't shut my brain down enough to nap. I closed my eyes and focused on my breathing, but thoughts about work projects kept popping into my mind. I ended up feeling even more tired when I reached the end of my commute.

After this initial setback, I decided that I would incorporate some light meditation into my nap on Day 2. Instead of just sitting on the train and focusing on my breaths, I listened to some sleep meditation music that I found on YouTube, featuring some crashing waves and light piano music in the background. Distracting my brain with the music did the trick, and for the next few days, I found it way easier to drift off into a light sleep with this method. (No, I didn't sleep through my train stop, which was a relief!)

On Day 4, I took an AntiGravity Cocooning class at Crunch Gym to see if I could take my nap game to the next level. The class is essentially a combination of aerial yoga, power napping, and guided mediation, and it left me feeling completely re-energized. The class started out by using a yoga hammock suspended from the ceiling to gently stretch out my arms, legs, and abdominals, which helped me to release the day's worries. I then climbed into the hammock to lie there for 15 minutes with my eyes closed, while the instructor guided the class into a mediated state with the help of some relaxing music.

I have never felt calmer than when I was suspended in the air, minding my breathing and the soft crashing of oceans waves playing in the background. I was gently woken up as the class was ending, but I just wanted to stay in my hammock and feel that level of zen forever.

When I woke up on Day 5, I was in the best mood I had been in all week, and napping for the last three days was easier. All I had to do was close my eyes and focus on my breathing for a few minutes until I fell asleep or reached a meditative state. The class had helped me change my perspective of what a power nap was, which I think had turned the whole experience around for me. Instead of trying to get myself to fully fall asleep, I was just trying to enter a mindset where I was relaxed and I had fewer thoughts. This mental switch helped me to fully maximize my scheduled nap time at the end of the week, as well as feel more energized and calm when I woke up.

After a week of forcing myself to sleep, I definitely think that incorporating some light snoozing into my schedule would be a good idea. Though I only experienced short-term benefits from my week of napping, the long-term effects are worth scheduling some weekly snooze sessions. Now, if you'll excuse me, I am going to go take a nap.