A treatment typically used on people with Parkinson's disease could show promise for people struggling with binge eating disorder. 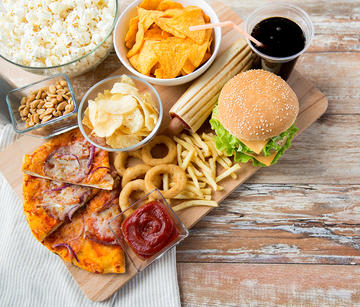 The American Psychiatric Association has only recently begun to recognize binge eating disorder (BED) as a true eating disorder. The acknowledgment came with its inclusion in the updated Diagnostic and Statistical Manual of Mental Disorders (DSM-5) in 2013. To be diagnosed with BED, you must experience at least one episode of binge eating per week, on average, for three months or more. A binge occurs when you eat an amount of food within a two-hour period that is unquestionably larger than most people would eat during a similar period under similar circumstances. (So, no, the huge meal at Thanksgiving doesn't count.) During the binge, the individuals feel like they cannot stop eating or control what or how much food they consume.

Despite its only recent legitimization, BED is actually the most commonly diagnosed eating disorder in the country. It is estimated to affect up to 5 percent of the general population during their lifetime. And with the laundry list of health risks associated with the disease, such as type 2 diabetes, gastrointestinal problems, and depression and anxiety, finding the proper treatment is crucial. (Surprised at the severity of the issue? It's Time to Talk About Eating Disorders.)

Similar to treatments for anorexia nervosa and bulimia nervosa, treatments for binge eating disorder usually involve a dual approach of pharmaceutical drugs to help balance brain chemicals (which only have about a 5 percent success rate on their own) and therapy to help people learn more appropriate coping mechanisms (which shows relatively high levels of success at eliminating binge eating in the long-run). One criticism of the current treatment model, however, is that therapy may not be an effective weight-loss tool for those who are obese. In fact, only 25 percent of people who receive therapy for binge eating disorder actually lose weight. (Read more: Confessions of a Borderline Binge Eater.)

While the goal of therapy is to alter coping strategies rather than to encourage weight loss, medical professionals are concerned that therapy is only treating half of the issue. Many people who suffer from BED are already significantly overweight, so stopping the bingeing is only part of the equation. Medical approaches to treating BED are similar to obesity treatments, so while this may temporarily stop the bingeing and induce weight loss, the results are not long lasting. What this comes down to is that both the binge eating and the obesity will likely return without therapy. With the struggle to find treatments that will yield long-term success, new advances are finally showing promise.

A recent study from the University of Alabama investigated the effectiveness of transcranial direct current stimulation, or tDCS, which is a type of medical therapy used in Parkinson's patients that delivers constant, low-current electricity to a targeted portion of the brain. Researchers found that tDCS decreased both the desire to binge as well as actual food intake on the day of the treatment. While this is good news, the question is: How long will the effects last? Researchers found the effects of one 30-minute treatment lasted for the remainder of the day, but not longer. Hoping to find a more lasting effect, scientists are playing around with both the number of treatments someone would receive and the duration of each. It's likely that tDCS could ultimately be included in a BED treatment plan, but therapy may still be needed to achieve long-term effects.