The Surprising Health Benefit You May Get from Marijuana

But don't roll a joint just yet. 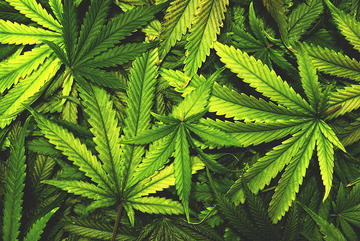 You know tetrahydrocannabinol (THC) as the mind-altering compound found in marijuana. It's responsible for everything from inciting hunger (aka the munchies) to potentially making you feel crazy amounts of paranoia. But it turns out the compound may have some health benefits too: A new study published in Nature: Aging and Mechanisms of Disease found THC could play a role in fighting Alzheimer's.

Here's why: As you get older, the amount of beta-amyloids found within your brain cells increases. These toxic proteins can accumulate in dangerous amounts within the brains of people with Alzheimer's. Once there, these proteins cause inflammatory reactions that kill the host cell, which ends up helping the disease progress.

But researchers from California's Salk Institute found cannabinoids like THC might actually protect the brain. First, THC helps remove these dangerous beta-amyloids, allowing the cells to survive. Second, THC seems to reduce inflammation itself, which could keep Alzheimer's from advancing.

The findings come from experiments conducted on neurons grown in the lab—not real humans—so it's too soon to say whether toking up will absolutely benefit your health. But this research could lead to groundbreaking ways to treat Alzheimer's in the future. In the meantime, try exercise, as physical activity has been shown to increase the presence of endocannabinoids in the brain, which are THC-like molecules that the brain produces on its own. Win-win!