Tired? Your Iron Could Be Low | Fitness Magazine
Skip to main content

Tired? Your Iron Could Be Low

Tired much? Who isn't? But don't assume it's just the crazy juggling act also known as your life. Could be your iron is low, an incredibly common problem that's not so hard to fix. 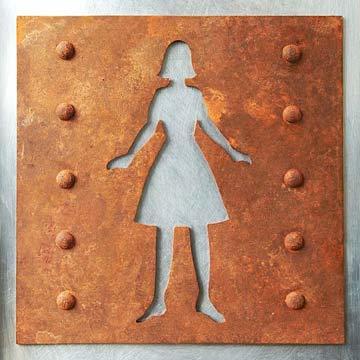 As I rounded the homestretch of pregnancy number three, I was not only lumbering through the final stages, but slumbering through. As a 37-year-old working mom, I had a lot to deal with, including a 5-year-old boy and a demanding toddler who'd run into my room regularly at 3 a.m. to sing—loudly—and say, "Mommy, open eye." So it didn't surprise me when I'd fall asleep at my desk in the middle of the day. I expected to be exhausted.

But something was wrong, and luckily, a regular prenatal blood test revealed it: I was anemic, meaning my red blood cell count was really low owing to a lack of iron in my body.

Surprisingly, iron deficiency is very common among women, particularly those whose nutrients are leached by pregnancies (hello, number 3!), those who have heavy menstrual flow (did I tell you about the towel I have to sleep on as a precaution on my heaviest nights?) and those who don't eat meat. (As a vegetarian, I'd never even tasted red meat and I wasn't going to start now.) In retrospect, it should have been obvious that I was a shoo-in for getting anemia, the most severe form of iron deficiency.

There's a reason iron is called an essential nutrient: It's used in every single cell in your body. The iron in your red blood cells is responsible for carrying oxygen to all the tissues that need it—muscles, organs and everything in between. The metal is so important that your body keeps stores of it in your bone marrow and liver so you can replace it when it gets low. If you're not getting enough in your diet or you're losing iron through blood loss, the stores themselves get low, which starts to affect your blood's ability to make new red blood cells and deliver oxygen. The result? Anemia, and the symptoms that come with it: fatigue, hair loss, dizziness, tingling or cramping in your legs and headaches—even chest pain.

At least one in every 10 American females age 12 to 49 are low in iron. Some studies say it's even more common, maybe as many as one in six. Turns out iron deficiency is the most common nutritional deficiency in the United States. So why aren't we talking about it more?

The problem is that it's tricky to diagnose. For starters, many women don't notice symptoms at all until their stores are fully depleted. And iron deficiency's main symptom, tiredness, could be caused by anything from stress or lack of sleep to a thyroid problem, says hematologist Thomas DeLoughery, M.D., professor of medicine at Oregon Health & Science University. Many early symptoms, such as irritability and feeling cold, can be subtle or confused with other disorders. Plus, everyone's iron need is a little different—meaning your blood tests may put you in the "normal" range even if you could still benefit from more.

At your next appointment, ask your doctor about checking your serum ferritin levels in addition to doing a complete blood count. It's another simple blood test that looks at your iron stores rather than what's just circulating in the blood, says Dr. DeLoughery. The iron levels in your blood can vary if you had a steak or salad for lunch or worked out extra hard that day, so finding out the status of your iron stores gives you more useful information. If they're depleted, it's an early warning sign that your red blood cell count is about to sink.

Because of monthly blood loss from menstruation, women need twice as much iron each day as men, and pregnant women need three times as much. So if your periods are heavy or if you've had multiple pregnancies, like me, you're even more likely to be iron deficient. The important thing is to discuss all your symptoms with your doctor, who will likely run tests to make sure low iron isn't a sign of something more serious.

In my case, the doctor recommended slow-release iron supplements. Iron is better absorbed from meat than pills but to get the right amount, you have to eat a lot of meat every day. A supplement is sometimes the quickest and easiest way to rebuild iron stores, especially for vegetarians, says Dr. DeLoughery. The pills stopped my afternoon crashes and brought my blood count into the normal range within a few weeks—and without the annoying constipation that's a side effect of regular iron supplements. It can take anywhere from a few weeks to several months to restock your stores, depending on how low you are.

Now that I have three young boys, my doctor says my iron stores are probably still depleted from my last pregnancy and I need to continue to replace them. Since filet mignon is not an option, I continue to take supplements. I'm hoping they'll help give me the energy to keep up with one who crawls and two who run (nobody walks)—and lose that last 20 pounds of baby weight, too.

How to Get More Iron

It's important to aim for at least 18 mg of iron a day if you're age 50 or under (8 mg if you're 51 or older). Iron from meat is easiest for your body to absorb, but fortified cereals and other foods can help you get your daily value, says Angela Ginn, R.D., a spokesperson for the American Dietetic Association. Vitamin C increases absorption, so have a glass of OJ with your iron.

If your doctor recommends iron pills, don't take them within two hours of taking antacids or calcium or drinking coffee or tea, all of which weaken your body's ability to absorb iron.

Ask your physician about the right dose for you. She might recommend starting with 28 mg, which is a standard dose that you'll see at the drugstore. It's harder to absorb iron from a pill than it is from food, which is why the dosage is higher than your daily value. Have your doctor recheck your iron levels in a couple of months to be sure the supplement you're taking is working.

The regular pills can cause constipation or other stomach issues because the iron is dumped into your system all at once. Because you can't always absorb all of the iron immediately, the excess has to make its way through your digestive system, slowing it down. Take any iron supplement with food to help avoid tummy troubles.

Otesa Middleton Miles was a serious food snob until her three boys—ages 1, 3 and 6—converted her to a diet of alphabet soup, vegetarian tacos and take-out pizza.