Why You Should Drink Your Coffee Lukewarm

Apparently, that extra-hot coffee you ordered could increase your risk of cancer. 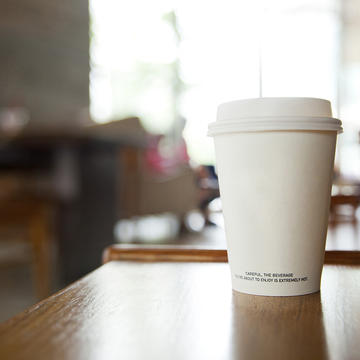 You could say that coffee pretty much runs the world, or at least it fuels the people who help make it all happen. And there's been a lot of talk about caffeine's effects on your health: It's been linked to longevity, increased fitness performance, and even a reduced risk for cardiovascular disease, but also to anxiety and sleeplessness. And to complicate things even more, a recent study is saying that while your cup of joe won't give you cancer (whew!), the temperature of it could (say what?!).

First, the good news. The International Agency for Research on Cancer (IARC) had previously classified coffee as a possible carcinogen, but now they've announced they have found "no conclusive evidence for a carcinogenic effect" of coffee drinking. Even better, their release said that some studies actually show coffee may reduce the risk of developing certain types of cancer.

Now for the caveat: You just might not want to drink your coffee super hot. Downing any liquid that's hotter than about 140 degrees Fahrenheit may significantly raise your risk of esophageal cancer, according to the researchers. And while that temp may sound crazy hot, you might be drinking it like that. Coffee is normally percolated at around 200 degrees and served around 160 degrees Fahrenheit. (To help you compare, the temperature of your morning shower is most likely about 120 degrees.) So if you drink your coffee or tea as soon as you get it, you could be doing long-term damage without even realizing it.

One important thing to note, however, is that this research was done on animals, not humans, so there's no conclusive link between hot beverages and cancer for you. More research is needed. In the meantime, we're not saying you should cut back on your morning coffee fix. But having a little patience and waiting for the piping-hot deliciousness to cool down a bit sounds like a small price to pay—especially when that latte cost you $6 already.