Could You Have a Heart Attack and Not Know It?

A new study found nearly half of all heart attacks are "silent" and lack the usual warning signs. 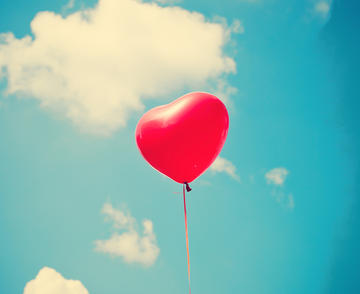 A study published this week in the journal Circulation found nearly 50 percent of all heart attacks are silent, which means they're not foreshadowed by classic heart attack warning signs like chest pain, shortness of breath, and cold sweats.

The reason silent heart attacks lead to other health issues is because people aren't clued into the fact that they've had a heart attack, so they're less likely to receive care. Most people won't even realize the heart attack's occurred until they visit a doctor weeks or months later and have an electrocardiogram (EKG), which tests heart activity.

The signs that you've had a silent heart attack are more subtle than the usual warnings, but they do exist. Some common tip-offs include indigestion, being extremely tired, battling flu-like symptoms, or feeling like you strained a muscle in your upper back or chest, according to the American Heart Association. None of these are directly related to the heart region, so it's easy to see why they're so often overlooked.

The American Heart Association theorizes silent heart attacks may be more common among women since women and their doctors tend to attribute these symptoms to other issues like anxiety without exploring the likelihood that a heart attack occurred. Plus, women tend to experience heart attacks differently than men and sometimes have more faint symptoms than the stereotypical chest-grabbing pain.

The same lifestyle changes that can prevent a regular heart attack can ward off the silent type, too. The Circulation study authors suggest people maintain a healthy body weight, quit smoking, exercise, and watch cholesterol intake and blood pressure in order to minimize their risk.

And just because the symptoms aren't there doesn't mean the heart attack is mild. The same damage to the heart muscle is done when blood flow to the heart is blocked. In some cases, the damage could be worse since those suffering silent heart attacks are less likely to receive the treatment they need in a timely manner.