Keep On Ticking: Your Essential Guide to Heart Health

Heart disease is the number one killer of American women, causing one in three deaths among them each year. Even young, fit women are at risk. Protect yourself with this essential guide.
From the editors of Fitness 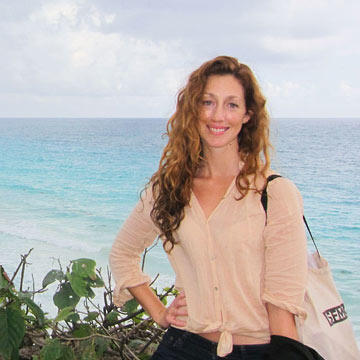 Heart is the word we use for love, guts on the playing field, and the delectable part of an artichoke. But how often do you think about the living, beating, real thing? Young women often don't recognize when their ticker is in trouble and are more likely than men to wait longer than a day to seek care when they have chest pain, according to new research from Yale University. Scarier still, the study found that doctors don't always ID women's symptoms as cardiac trouble. So it's on you to be extra vigilant about your heart's health and to be insistent with your doctor­ -- or get a second opinion -- when something feels off. Here's the 411 on when to call 911, plus other lifesaving tips and the story of one young woman who survived a heart-health crisis.

You run farther or faster than you think you can, you go out dancing until the early morning, you dash up two flights of stairs. Somehow your heart keeps up with you, hammering out its steady rhythms, day in, day out. You never even think about it. At least I didn't -- until my heart suddenly stopped.

At the time, I was surfing off the coast of El Salvador, where I was working as a volunteer teacher after graduate school. The early morning sun was bright on the beach as I paddled out on a longboard. The force of the waves surprised me, and as I fought my way through the rough breakers, a pain crackled across my chest. Suddenly I couldn't draw air into my lungs, and my heart jumped to an impossibly fast rate, like a drumroll. Seconds ticked by and the sensations grew worse, until I was certain that if I didn't get out of the water immediately, I was going to die. I somehow managed to free myself from the board's ankle strap, and a wave pushed me ashore. I stood up to call for help, but the world went black.

I was rushed to the hospital in someone's station wagon, on a surfboard used as a stretcher. The doctors weren't sure what had happened. Was it a stroke? A seizure? A heart attack? From what they could deduce, after my heart rate had gone too high, my heart had abruptly stopped, causing me to lose consciousness. When oxygen had failed to reach my brain, I'd had a series of quick seizures. I'd apparently been given CPR by one of the surfers who had come rushing to help. I'd suffered a "cardiac event," and considering the circumstances, the doctors were surprised I hadn't died.

After two frightening days of tests in a hospital where I barely spoke the language, I got my diagnosis: a pronounced case of second-degree atrioventricular heart block Mobitz II, a disorder of the heart's electrical system. Normally the heart muscles contract rhythmically, pumping blood through the chambers. When a person's heart skips a beat, it means there has been a delay in the electrical impulse, a tiny gap that lasts until a backup system kicks in and successfully pushes the blood through. My heart's backup system hadn't worked properly that day, and everything came crashing to a halt.

The doctors told me I needed a pacemaker before I could leave the hospital, but I balked at having heart surgery in a developing country that didn't have access to the latest cardiac devices. Against medical advice I returned to the village where I had been working, and two weeks later flew home to New York City, terrified, trying to convince myself that the pounding in my chest was just airplane jitters.

My cardiologists in New York didn't agree with the diagnosis. I spent hours under anesthesia on the operating table with electrodes snaked through my arteries and into my heart, while the doctors tried to reproduce what had happened on the beach so they would know how to fix it. After several months of tests, they still hadn't figured it out, but the physicians gave me strict instructions to come in for frequent follow-ups so they could monitor me.

For years afterward I was plagued by superfast heart rhythms, which often woke me in a panic in the middle of the night. I had frequent dizzy spells and strange episodes in which my heart would start pounding as if it were punching me in the chest. I would go white as a sheet and start shaking uncontrollably. I had to lie down, and if I tried to raise my head at all, I would pass out.

I stopped working out or doing anything strenuous. I was scared that my heart would stop again, that I would die while doing something simple like climbing the stairs or pulling weeds in the backyard. Worst of all, I felt different from other people my age. Not wanting to put too much stress on my body, I left parties and dinners early -- or didn't go to them at all. I lost that sense of invincibility and possibility that you're supposed to have when you're young.

Then, almost two years after that day on the beach, a friend signed up for a five-mile race in Central Park. I was in the worst shape of my life, but I decided I would join her. I was tired of thinking of myself as a sick person. Even if I had to walk the whole way, I was going to cross that finish line. I did what training I could for about a month, running until my heart rate started to go up too quickly, and then resting. Stop and start, stop and start, learning to trust my body again.

When race day came, I did more of a jog than a run, but when I finished, I was so happy I cried. That little victory helped me get my confidence back for other activities. I did yoga and started taking short hikes. Running became part of my regular routine, and within a year I could complete 10Ks without having to stop to catch my breath -- a feat I wasn't capable of doing even before I knew I had a heart condition. Eventually I started surfing again too.

Three years after I collapsed on the beach, my doctors finally confirmed the original diagnosis of second-degree atrioventricular heart block Mobitz II -- after I wore a 24-hour-a-day heart monitor for 30 days straight. I'm 33 now and have to wear the monitor for a month every few years to see if it's time to get a pacemaker, which I will probably need at some point. I've learned that when I stay active, don't push myself too hard, and limit my stress, I can live almost symptom-free. I still have good and bad days, but I've come to accept my fragile heart and no longer mind the extra effort needed to take care of it. I'm just happy to be here.

What You Can Do to Fight Heart Disease

If you experience any of these symptoms, see your doc, who can do diagnostics to identify and treat the issue or refer you to a heart specialist. If one or a combo of these symptoms comes on suddenly, feels severe, or causes you alarm, err on the side of caution and call 911.

Track these key digits that indicate possible problems with your heart and/or arteries. Pay particular attention to blood pressure. "Because anybody can check BP, it's a really good reading to base your overall heart health on," says James Beckerman, MD, a cardiologist at Providence St. Vincent Heart Clinic in Portland, Oregon. Your ideal numbers:

Along with exercise, the best way to maximize heart health is through your diet. Start by eating lean protein, whole grains, and healthy fats to keep your blood moving and your weight down. Then make these two crucial adjustments to ensure that your ticker keeps living up to its name, says Dr. Beckerman.

Foods that naturally contain fiber (think fruits, vegetables, and whole grains) are healthy and filling, so they help you stay slim, which is good for your heart. Fiber also lowers bad cholesterol by absorbing it and moving it out of your system. Aim for 25 to 30 grams of fiber a day. You'll hit that range by eating oatmeal (5 grams per 1/2 cup) and a banana (3 grams) for breakfast, chili (black beans have 8 grams per half cup) and a pear (6 grams) for lunch, and a side of broccoli with dinner (5 grams per cup).

"So many heart patients say they're never going to have a cheeseburger or steak again, but that's not realistic," Dr. Beckerman says. "Plus it's the bacon, sausage, and processed deli meats that are the real problem." Docs don't yet know if the culprit is the sodium, preservatives, or saturated fat that processed meats contain, he says, but it's wise to cut back.

Kick Up Your Cardio

One of the best ways to strengthen your heart is to work it. "Think of exercise as medication," says Dr. Beckerman. In addition to your usual cardio routine, do moves that combine cardio and strength training to increase your aerobic capacity and improve your fitness, which will help your heart function better. Katie Wade, a trainer and running coach in Gainesville, Florida, recommends doing this heart-pumping workout once or twice a week.

After completing the required number of reps for each move, run 30 yards out and 30 yards back at a sprint pace (as fast as you can).

Lower into a squat; place palms on floor in front of feet. Jump feet back into full plank position. Jump feet toward hands and then jump up immediately, extending arms overhead.

Lower into a deep squat and raise arms, slightly bent, to chest level. Jump up. Land with knees soft and repeat.

Lunge forward with left leg, bending both knees 90 degrees. Jump straight up as high as you can, switching legs midair so that you land in a lunge with right foot forward. Repeat, alternating sides quickly.

Start in full plank position and step feet out slightly wider than shoulder-width. Bring right knee in toward chest, then quickly return to start and repeat with left knee. Continue alternating sides.

Rest 2 to 3 minutes and repeat the entire workout 2 to 3 more times.