Not to mention staying active may help your memory stay sharp and stave off Alzheimer's. 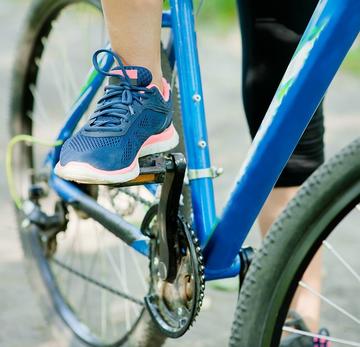 We don't have to tell you that hitting the gym has a ton of great benefits, making you healthier inside and out. But now you can add another perk to your list: A bigger brain. That's right, researchers found that a good workout not only expands your muscles but it can also expand your mind, both literally and figuratively.

Looking at data from the landmark Framingham Heart Study, researchers from the University of California-Los Angeles found a link between people who exercised regularly and the size of their brains as they aged. Specifically, they found that the hippocampus, the part of the brain responsible for emotion and memory, was bigger and more active in exercisers. They also discovered that the fit folks were less likely to suffer from memory loss or Alzheimer's disease as they aged.

The results, which were published in Journals of Gerontology Series A: Biological Sciences and Medical Sciences, showed that people who did any type of exercise activity—whether it was walking, lifting weights or taking a class—had better short-term memories, were better able to retain things they learned, and had better emotional recall than their couch-potato peers.

While this study only looked at adults older than 60, the researchers said it has health implications for people of all ages. So what exactly does this mean for you? When it comes to protecting and enhancing your brain, it's never too late to start sweating.