Why the Eff Are People Using Soda to Get Tan?

A dermatologist weighs in on the puzzling beauty trend.

Every day I see patients in my office for full-body skin examinations or skin cancer screenings. People share their stories about how they got their best tan: Slathering on baby oil or iodine, lying nude on a New York City rooftop, or even using an aluminum reflector.

But now it seems as though Coca-Cola is being used as a possible tan enhancer. A quick Google search shows that a few reality stars in the U.K. are endorsing the practice, which has actually been around for a while, under the assumption that the combination of soda and oil accelerates your tan. But there really are not any scientific facts that back such a claim.

True, soda is brown like good old iodine, so it may bring out that sun-kissed glow. And yes, its acidic nature may make getting a tan easier. But as a dermatologist, I can really only say one thing: BAG IT. Besides the fact that it is gross and sticky (do you want flies with that burn? ), it's also a one-way ticket to developing cancer and wrinkles.

The sad part is that, despite all the sun-safety education that's been promoted over the last few years, many still think that tans are safe. But there is no such thing as safe tanning. Tans are our body's defense mechanism against toxic ultraviolet (UV) light, so when you develop one, it's actually just your body's way of saying, "Hello! You're hurting me!"

Not to mention that, according to the Skin Cancer Foundation, more people develop skin cancer because of tanning than develop lung cancer because of smoking. And lest you think skin cancer is just a disease of the elderly, research has shown that there is an alarming rise in melanoma among people ages 18 to 39. Rates of this potentially deadly skin cancer have climbed by 800 percent among young women and 400 percent among young men in the past 40 years. Why? You guessed it: The obsession with that sun-kissed look.

No tan is a good tan when it comes to skin health. And it certainly is not advisable to slather on soda to aid in an already dangerous process. If you really want a tan, go for the faux glow out of a bottle. Otherwise, for optimal skin protection, the American Academy of Dermatology recommends:

Note that there's no mention of Coke in that list. So stick to drinking soda with your next slice (though you know you should be limiting that too), and keep it far away from your skin. 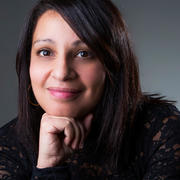 Oberlin-bred feminist, Yale-trained dermatologist, mother, Virgo, and lover of all things Broadway, tulle, and 80's. Favorite TV show: the Mindy Project because beauty and brains are a wonderful thing.