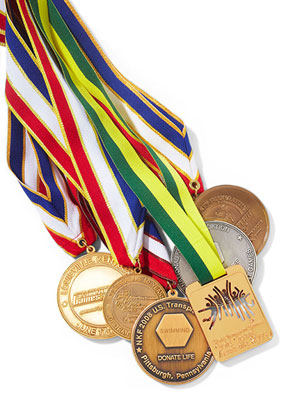 Finishing 26.2 in any time deserves a medal in our book. (Photo courtesy of Bryan McCay)

Avid runners and marathon enthusiasts everywhere are very familiar with Paula Radcliffe. The Britain runner has run countless races, and even set a world record in 2003 when she finished the London Marathon in 2:15:25—the fastest time ever run by a woman in a marathon.

But now Radcliffe will be stripped from her title, with the record being wiped away as of January 1, according to this San Francisco Chronicle article. In a new rule, the International Association of Athletics Federations have decided that females who run with male pacers (non-competing runners who complete small portions of the race to push the competing runners and help them finish in a set time) makes them run unnaturally faster than if they had ran it alone or with a female pacer. This new ruling means that a woman will never be able to set a world record unless she is being paced strictly by a woman.

Radcliffe's world record will now be classified as "world's best." She will have to pass down her world record title to the next fastest finishing time, which ironically is herself at the 2005 London Marathon with a time of 2:17:42. No other woman besides Radcliffe has ever finished a marathon within three minutes of her 2003 time.

Now tell us: What do you think of the IAAF's new rule?