Time to Talk About Eating Disorders 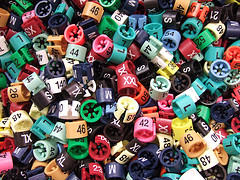 National Eating Disorders Awareness Week kicks off today, and this year's theme is "It's Time to Talk About It." So we are! Here are five need-to-know facts:

Here at FITNESS, we strive to be healthy from the inside out. If you or someone you know may be struggling with an eating disorder, click here for more resources and support.