Yogi Elena Brower Launches New Givescent Fragrance That, You Guessed It, Gives Back

Whether you’ve been to one yoga class or one hundred, the importance of breathing is always a vital component—inhaling and exhaling drives the practice and helps you move from posture to posture. Recently, we grabbed our mats and headed to practice with Elena Brower, founder of Virayoga in Manhattan. Yes, we focused on breathing in the good and exhaling the bad, but we couldn’t stop ourselves from sniffing in Givescent, Brower’s recently-launched fragrance, over and over again. 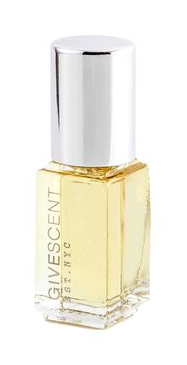 With notes of vanilla, sage, grapefruit and bergamot, this scent “smells like Italy,” says Brower, who called the country home for two years. Sicily’s signature smells—think citrus lemon trees, rich olive oil and the city’s vanilla and butter pastries—served as her inspiration. “It’s a deliciously feminine scent; it has a grounding musk to it that balances the sweetness and makes it completely irresistible.” 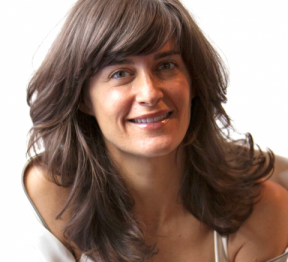 So irresistible, in fact, that people would stop both Brower and Alexandra Lyon Perelman, her partner in the creation of this new fragrance, on the city streets to ask about this unique perfume.  So the two decided to sell the scent, under one condition: “Inherent in our business model was a giving component. That was the only way starting a business made sense to us—it had to have giving as part of the plan.”

Since both worked with Women for Women International—a nonprofit that provides women survivors of war, civil strife and other conflicts with the tools and resources to move from poverty to stability and self-sufficiency—choosing a charity was as simple as slipping into downward-facing dog. In fact, Givescent sales sponsor two sisters and five percent of its proceeds will go to this organization.

Yogis and non-yogis alike have another fragrance to look forward to: Givescent Orange plans to launch in June, perfect for lighter, carefree days.  “[It] maintains the essence of our signature scent, but is supercharged with sun-ripened citrus,” says Brower. Plus, a portion of its proceeds will benefit Every Mother Counts, which aims to make pregnancy and childbirth safe for all moms-to-be.